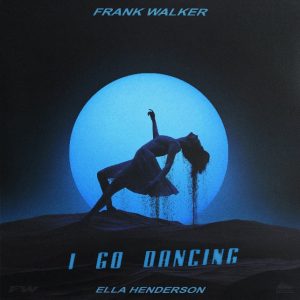 Walker’s catalog has clocked 400 million global streams, with a flurry of singles charting in the U.S. and Canada. Walker adds to that catalog with this dance-fueld heartbreak anthem as his first release of 2023. Towards the end of last year, Ella embarked on her first headline tour in seven years. Spanning seven dates across October ‘22, the tour kicks off in Newcastle on October 15th, followed by shows in Manchester, Leeds, Birmingham, Oxford and Cardiff, concluding at London’s prestigious O2 Shepherd’s Bush Empire.

Dance music was always in the background of Frank Walker’s life, until it came to – and in fact became — the fore.

The Toronto-born producer was introduced to the genre at the same time as millions of people around the world, via Tiësto’s set during the opening ceremony of the 2004 Summer Olympics in Athens. Amidst filling the house with the larger-than-life melodies of Billy Joel and Elton John, Walker’s dad also blasted the work of Italian trance legend Robert Miles, with friends over time playing him everything from Armin Van Buuren to Pendulum.

Then the EDM boom hit ,and Walker started understanding dance music not just as casual listening, but as a genuine love, then a serious hobby and then ultimately, a career path. He establised himself as a go-to DJ in the bar and club scene at his university near Toronto and in 2014 caught his big break upon connecting with Kygo’s manager Myles Shear, who signed him as a management client.

Walker has since played some of the world’s biggest dance festivals, including EDC Las Vegas and Ultra Japan and in 2022 had his biggest touring year to date, hitting the road in South America as a support at for Kygo and scoring a mainstage slot at Ultra Miami amidst many other global clubs and festivals.

Bursting on to the scene 10 years ago with a No. 1 debut single (‘Ghost’) and album (‘Chapter One’), Ella Henderson has since ascended to a multi-platinum selling, BRIT and Ivor Novello Award nominee, with over a billion streams to her name – all by the age of 26.

A hit songwriter and powerhouse vocalist, Ella has collaborated with musical luminaries including Ryan Tedder and Babyface, as well as superstar DJs including Sigma and Kygo. To date, she has achieved seven UK Top 10s as a lead artist, the most recent including ‘Crazy What Love Can Do’ with David Guetta and Becky Hill, and ‘21 Reasons’ with Nathan Dawe.

Last year, Ella released her long-awaited second album ‘Everything I Didn’t Say’. Heralded by powerful lead single ‘Brave’ and a showstopping performance on The Graham Norton Show, the record debuted in the Official Charts Top 10, becoming her second to do so.

Palm Tree Records, co-founded by global superstar Kygo and music manager Myles Shear, is a worldwide joint venture with Sony Music Entertainment aimed at identifying and cultivating emerging artistry. The formation of the imprint is part of a broader strategy by Kygo and Shear to develop a full-service system for breaking new artists, which also includes an artist management company that the two have created in partnership together. To date, Palm Tree Records has accrued over half a billion streams across 75+ track releases by Sam Feldt, Forester, Petey Martin, and more.