THIRD ALBUM TO BE RELEASED THIS SUMMER VIA COLUMBIA RECORDS

Foster the People has released three new tracks from its forthcoming third album. Each song was revealed globally today, with lead single “Doing It For The Money” premiering on Virgin Radio in the UK, “Pay the Man” on triple j in Australia and “SHC” by Zane Lowe on Beats 1/Apple Music. All three tracks will be featured on the new album, due out this summer via Columbia Records. Fans can purchase and stream all three songs as a bundle, entitled III, HERE.

“One of my favourite things about music is that it’s unifying,” says Mark Foster. “We wrote these songs to reflect joy in a time where people have needed it more than ever and we thought it was a good time to share them with you.”

The band recently announced a string of U.S. headline tour dates for the spring and summer, where they will give fans a taste of what’s to come on the new album. The tour will kick off on May 26 in San Diego, CA and make stops in cities including Dallas, Pittsburgh and Nashville before wrapping in Memphis, TN on August 1 – see full list of tour dates below. Tickets for the tour are on sale now HERE. The band is also performing at Neon Desert Music Festival in May, Wayhome and Mo Pop Festival in July and Osheaga and Lollapalooza in August. For additional tour and ticket information please visit www.fosterthepeople.com.

FOSTER THE PEOPLE
Founded in in 2009, Foster the People achieved success with the 2011 release of its debut album Torches, which has sold nearly two million albums and over nine million singles worldwide. Torches features the #1 hit single “Pumped Up Kicks,” which was declared “the year’s anthem” by SPIN, and also spawned the chart topping singles “Don’t Stop (Color On The Walls),” “Houdini,” and “Helena Beat.” Foster the People garnered three Grammy nominations for its monumental debut, including Best Alternative Album, Best Pop Duo/Group Performance for “Pumped Up Kicks” and Best Short Form Music Video for “Houdini.” Supermodel was the second full-length record from Foster the People. Influenced by frontman Mark Foster’s world travels and shifting perspective, the album was recorded in studios around the world and features fan favourites including “Coming of Age” and “Best Friend.” 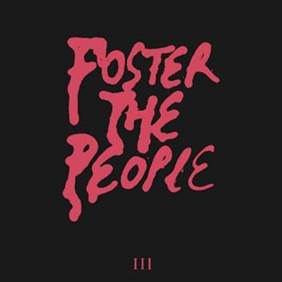