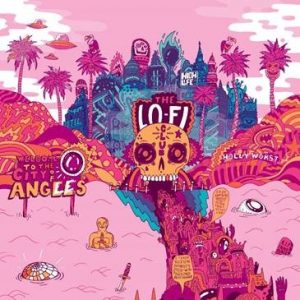 Foster the People have released a brand new single entitled “Worst Nites.” The song was featured as Zane Lowe’s World Record on Beats 1 on Apple Music today, and is available everywhere now via Columbia Records. Listen to “Worst Nites” HERE and watch out for the official music video coming soon.

“Worst Nites” comes on the heels of the band’s multi-format, U.S. and Canada Platinum-certified hit “Sit Next To Me” from their latest album Sacred Hearts Club. The track, described as “pure shimmering pop” by The Associated Press, hit #3 at Alternative Radio, #19 at Top 40 and reached top 10 at both AAA and Adult Pop in the U.S. In Canada, “Sit Next To Me” acquired peak radio positions of top 15 at, both, Hot AC and Alternative radio formats. “Sit Next To Me” has accumulated over 200 million global streams to date and received a nomination for “Choice Rock/Alternative Song” at the 2018 Teen Choice Awards, where the band also performed the song live. They also delivered solid performances of the track on The Tonight Show starring Jimmy Fallon and The Late Late Show with James Corden.

Additionally, the band was just featured on The Knocks’ track “Ride or Die,” which hit Top 20 at Alternative Radio. The group performed the track with The Knocks on The Late Show with Stephen Colbert last month.

Following their stint on the After Laughter Summer Tour with Paramore this summer, Foster the People are currently touring South America before making their way back to the U.S. to perform at various radio shows in December. Check out https://www.fosterthepeople.com/ for additional info on tickets and tour dates.