FOO FIGHTERS TIMES LIKE THOSE OUT NOW JOIN THE FULL BAND ON A TRIP THROUGH SPACE, TIME & ROCK – MEDICINE AT MIDNIGHT OUT FEBRUARY 5, 2021 ON ROSWELL RECORDS/RCA RECORDS

JOIN THE FULL BAND ON A TRIP THROUGH SPACE, TIME & ROCK AT http://foofighters.co/TimesLikeThose

MEDICINE AT MIDNIGHT OUT FEBRUARY 5, 2021 ON ROSWELL RECORDS/RCA RECORDS 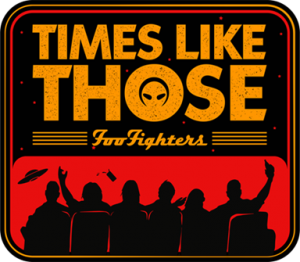 See Foo Fighters as they’ve never been seen before, as all six members subject themselves to Times Like Those, a 25-year visual journey through the band’s most memorable moments onstage and off. Featuring merciless firsthand commentary, Times Like Those finds Foo Fighters making the most of their pandemic downtime, as they narrate a carousel of versions of the band and its individual members’ various versions of themselves over the years—some with different hair, some bigger, some smaller, some with different numbers of toes…

In other news, the band beamed into The Late Show with Stephen Colbert for a November 19 performance of “Shame Shame,” the first single from its forthcoming 10th album Medicine at Midnight (Roswell Records/RCA Records), that can be seen here. Medicine at Midnight is due out February 5, 2021, and “Shame Shame” was released November 7, the same night the song made its live debut on Saturday Night Live—see that performance here foofighters.co/SNL.

But before all that, kick back and spend 25 years packed into half an hour with Dave Grohl, Taylor Hawkins, Nate Mendel, Chris Shiflett, Pat Smear and Rami Jaffee, and relive Times Like Those with them. You’re guaranteed to be impressed at their surprisingly intact memories of experiences on and off stage from 1995 to the present, from Seattle to Iceland, and numerous points on the globe and timeline between and beyond. 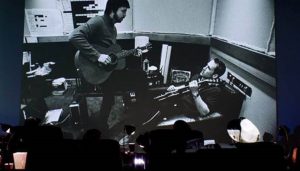