“NO FACE” MUSIC VIDEO TO BE RELEASED AT 12PM EST 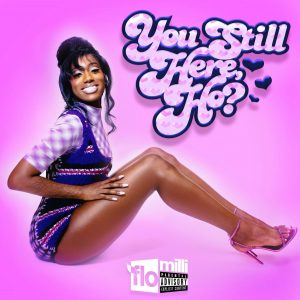 “…memorable bars with a sweet n salty attitude. Listening to Flo Milli is like free confidence, take some if you need some.”

“…undeniably fun, feminine….hard not to love.”

“…a burst of attitude and unbridled fun…”

“Not that she needs your approval, but Flo Milli continues to make promising arguments that she’s one of the most exciting young names in hip-hop.”

[July 20, 2022 – New York, NY] – Today, Alabama’s very own princess of rap Flo Milli surprises fans to an early release of her debut album You Still Here, Ho ?, available everywhere now via RCA Records. For more information on the rollout of the album, along with exclusive images, videos and more visit www.flomilli.com.

About the album, Flo Milli shares: “My album creative is based on early 2000’s nostalgia. As queen of Gen-Z, this is the new age of the Roaring 20s.  As a woman and creative, I feel so empowered, full of energy and full of life. I’ve decided to use social media, technology and my resources to uplift and inspire those who look up to me to use what they have, start where they are, and more importantly start today.”

To coincide with the album, Flo Milli will also release the music video for her latest single “No Face” today at 12pm EST. Watch the “No Face” music video HERE

You Still Here, Ho ? is the follow up to Flo’s critically acclaimed debut mixtape, Ho, why is you here ?. The debut album’s title is a continuation of her first mixtape, with both titles pulling inspiration from Joseline Hernandez’ coined phrase from Love and Hip-Hop. Keeping on theme with a focus on black female empowerment and self-love, the album exudes confidence at every turn and is sure to elevate Flo into the mainstream with her uniquely creative vision that sees her re-enacting iconic moments in pop culture from your favorite reality television shows. The album includes features from Rico Nasty, Babyface Ray, an intro/outro from the iconic Tiffany Pollard aka “New York,” and includes production from YoungFyre (Lil Wayne, Jaden, T-Pain), Tasha Catour (Lil Tecca, Aminé, Tinashe), Big Korey (YoungBoy Never Broke Again, Gucci Mane, Jeezy), and more.

Ahead of the album, Flo Milli shared singles “No Face” and “Conceited” — both which were met with critical acclaim. “Conceited” landed on NPR’s #NowPlaying, Billboard’s R&B/Hip-Hop Fresh Picks of the Week and was named Consequence’s Rap Song of the Week. The track is currently taking off on TikTok, as it is currently #5 on TikTok’s Viral sounds with over 700k creations to date and counting. Stream “Conceited” HERE.

Along with “Conceited,” Flo’s previous singles “Ice Baby,” which was first premiered with a COLORS performance, and “PBC” (Pretty Black Cute), which she first premiered while walking the runway at Tia Adeola’s NYFW show in February, also appear on the album.

Earlier this year, Flo Milli was buzzing for her feature on Monaleo’s “We Not Humping (Remix).” Flo’s signature tag ‘Flo Milli shit’ can be heard as the intro to a viral TikTok sound which includes her verse. To date, there are over 500k creations including from the likes of Charli D’Amelio, Addison Rae, Cami Mendes and more. Stream “We Not Humping (Remix)” HERE.

Flo recently completed a string of international festival performances, wowing fans at Wireless Festival in the UK, Rolling Loud Portugal, and more. She is set to perform at Rolling Loud Miami this Sunday. 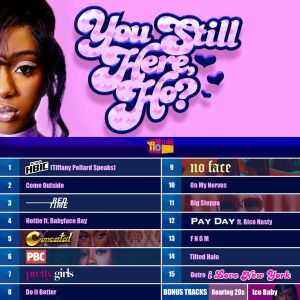 With over half a billion streams to date, 22-year old, Alabama born rapper, Flo Milli has taken the Internet by storm in her short ascent. Releasing her first official track “Beef FloMix” on her SoundCloud in late 2018, she had gone viral by early 2019 on TikTok, marking her breakout success and she hasn’t let up since. Releasing tracks and visuals throughout 2019, she followed up with “In The Party” which has been streamed and viewed nearly 200 million times worldwide. Known for her bubbly delivery and aggressive bars, in July 2020 she took the internet by storm once again with the release of her debut mixtape, Ho, why is you here ?  On the project, Flo exudes unapologetic confidence and empowers females with her experiences shared in her music, making her a relatable youth figure. The mixtape received critical support upon release from New York Magazine, Pitchfork, Rolling Stone, Complex, FADER and NYLON, with many calling her the next female rapper to break through and coining Ho, why is you here ? as one of the best projects of 2020.

2021 proved to be another incredible year for Flo Milli, as she kicked off the year being named a Spotify RADAR artist which was launched with her Kenny Beats-produced, Fiddler on The Roof sampling single “Roaring 20’s.” Adding to her accolades, she was nominated for Best New Artist at the BET Awards and Best Breakthrough Song at the MTV VMAs for her feature on Baby Tate’s “I Am.” Most recently Flo returned, paving a new era where she plans to pay homage to her favorite pop culture moments with powerful black females, launching singles “Ice Baby,” “PBC” (Pretty Black Cute), and “Conceited.” With this creative vision, Flo is releasing her debut album You Still Here, Ho ? via RCA Records.