ANNOUNCED AS SPOTIFY’S NEXT “RADAR” ARTIST 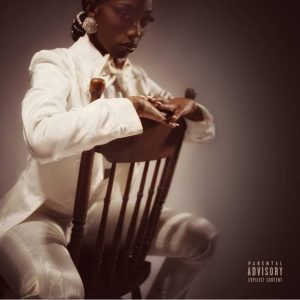 “…memorable bars with a sweet n salty attitude. Listening to Flo Milli is like free confidence, take some if you need some.”
NY Mag/Vulture

“…a burst of attitude and unbridled fun…”
NYLON

Produced by Kenny Beats and including a sample of “If I Were A Rich Man” from the Original Broadway Cast Recording of “Fiddler on the Roof,” the single continues to show Flo’s boisterous personality. The song inspires the next wave of Flo Milli as she paves her own way, redefining this centuries’ 20’s and continuing with messages of female empowerment as heard in the song’s lyrics.

On the release and this next phase, Flo Milli shares: “The Roaring 20s was a period in history of dramatic social and political change.  Last year I was able to break through during a very difficult time for not only our country but, the world. Born in 2000, and having my breakout year in 2020, I feel like I’m living in the new age of the Roaring 20s.

One of the most familiar symbols of the ‘Roaring 20s’ was the birth of the new independent woman, known in those years as a flapper. A flapper is a young woman; unbothered by conventional standards of behavior. In addition to being more sexually free than previous generations, the women of the Roaring 20s had the bobbed hair, the short skirts, the drankin’, the smokin’, looks and participated in activities that were deemed ‘unladylike’. My lyrics, my style and my lifestyle all resonate with that freedom and I AM the Roaring 20s.”

To coincide with the track release, Spotify also announces Flo Milli as their next RADAR artist, which highlights global emerging artists by strengthening their platform. Flo Milli’s appointment to the program will include features in the RADAR playlist, a Spotify Singles recording, promotional support for her upcoming releases, a full suite of OOH(including billboards up today in Atlanta and NYC) and on-platform marketing, and social promotion. Flo Milli’s campaign will also include a forthcoming mini-documentary to premiere later this year. Spotify’s Head of Urban, Carl Chery, interviewed Flo last week to discuss RADAR. Watch the clip HERE.

“Roaring 20s” is the first piece of new music following a remarkable and breakthrough 2020 for Flo Milli with her debut mixtape, Ho, why is you here ?. The project was featured prominently in many Best of 2020 lists including The New York Times, NPR, Complex, Pitchfork, FADER, Los Angeles Times, Complex and many more. Ho why is you here?, which has earned over 500 million streams and video views worldwide includes the RIAA Gold certified “In The Party” and other stand out tracks including “May I” and “Send The Addy.” She also reached many career milestones with her first ever award show nomination for Best New Artist at the 2020 BET Hip-Hop Awards and being named a Vevo DSCVR artist.

Listen to “Roaring 20s” and keep an eye out for more from Flo Milli news coming soon.

21-year old, Alabama born rapper, Flo Milli has taken the Internet by storm in her short accent. Releasing her first official track “Beef FloMix” on her SoundCloud in late 2018, she had gone viral by early 2019 on TikTok, marking her breakout success and she hasn’t let up since. Releasing tracks and visuals throughout 2019, she followed up with “In The Party” which has been streamed and viewed nearly 200 million times worldwide.

Known for her bubbly delivery and aggressive bars, in July 2020 she took the internet by storm once again with the release of her debut mixtape, Ho, why is you here ? On the project, Flo exudes unapologetic confidence and empowers females with her experiences shared in her music, making her a relatable youth figure. Standout tracks from the project include the SWV-sampling “Weak” and “May I.”  The mixtape received great critical support upon release landing on the covers of Spotify’s “Feelin Myself” playlist and Apple Music’s “On Repeat,” along with two Spotify New Music Friday billboards last summer. She received rave reviews in the press from the likes of New York Magazine, Pitchfork, Rolling Stone, Complex, FADER and NYLON, with many calling her the next female rapper to break through and coining Ho, why is you here ? as one of the best projects of 2020.

In March 2020, Spotify launched their global emerging-artist program, RADAR, to help artists across all stages of their career use the strength of the platform to deepen connections to their audiences. They recently doubled down on that commitment by launching the RADAR Global Hub last year, and are continuing to expand RADAR in the U.S. through their newest partnership with Flo Milli. 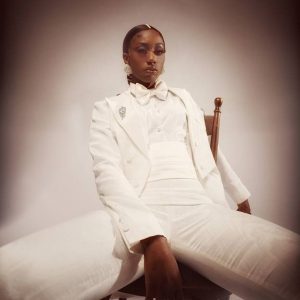