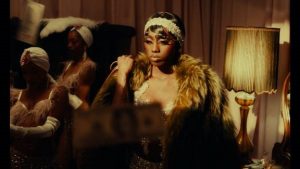 “Absurdly Fun”
“Flo Milli can rap well over anything…”
“…a smart-alecky star quality that’s appealing to fans of any age who like their hits to come with a memorable personality.”
***Song You Need To Know***

“…another display of Milli’s mischievous personality, further pushing the narrative that she’s really here to do what she pleases.”

“…Kenny Beats [is] a producer who can match her relentless energy and outsized confidence, on an extremely fun new single.”

“Even when she’s making a statement on gender politics, Flo Milli sounds like she’s talking brazen shit. She’s extremely good at it.”

“Kenny Beats loops the ‘Biddy biddy bums’ from ‘If I Were a Rich Man’, weaving that humorous yearning into a cracked banger. Flo Milli is a percussive, expressive vocalist, pounding out stop-and-start flows while switching between flirty and cold, bratty and badass, but always, always with an eye on the money.”

“…Flo Milli spits bars that show how far women have truly come. From the birth of the independent woman to pretty much ruling the world…showcase[s]  Flo Milli’s growth as an artist and woman on the verge of stardom.”
***The Best And Biggest Releases of the Week***

“Flo Milli just turned 21, and how better to spend your 21st birthday than by stunting on your haters?”
***Sound Off: 10 New Songs You Need to Hear Now***

“…Flips a light-hearted ’70s song into a money-driven anthem…thrilling single.”

“…Back to prove that she’s the next big thing in the rap game…the next it-girl…”
***Editor Rating: VERY HOTTTTT***

About Flo Milli:
21-year old, Alabama born rapper, Flo Milli has taken the Internet by storm in her short accent. Releasing her first official track “Beef FloMix” on her SoundCloud in late 2018, she had gone viral by early 2019 on TikTok, marking her breakout success and she hasn’t let up since. Releasing tracks and visuals throughout 2019, she followed up with “In The Party” which has been streamed and viewed nearly 200 million times worldwide.

Known for her bubbly delivery and aggressive bars, in July 2020 she took the internet by storm once again with the release of her debut mixtape, Ho, why is you here ?  On the project, Flo exudes unapologetic confidence and empowers females with her experiences shared in her music, making her a relatable youth figure. Standout tracks from the project include the SWV-sampling “Weak” and “May I.”  The mixtape received great critical support upon release landing on the covers of Spotify’s “Feelin Myself” playlist and Apple Music’s “On Repeat,” along with two Spotify New Music Friday billboards last summer. She received rave reviews in the press from the likes of New York Magazine, Pitchfork, Rolling Stone, Complex, FADER and NYLON, with many calling her the next female rapper to break through and coining Ho, why is you here ? as one of the best projects of 2020. 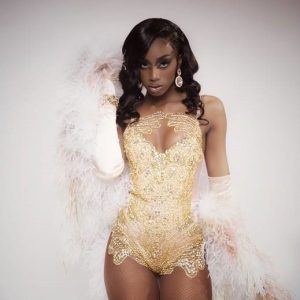