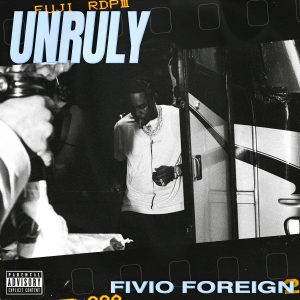 Toronto, ON – April 23, 2021 – Shortly after re-emerging in the Self Made music video, Fivio Foreign just dropped his first official single of the year. Produced by Kenny Beats, and shot in his hometown of New York City, Fivio rolls through the city before taking over Grand Central terminal alongside Mellow Rackz. Watch the Unruly visual directed by John Tashiro here. As he gears up to release his upcoming project, Fivio Foreign gives a glimpse of what’s to come this year.