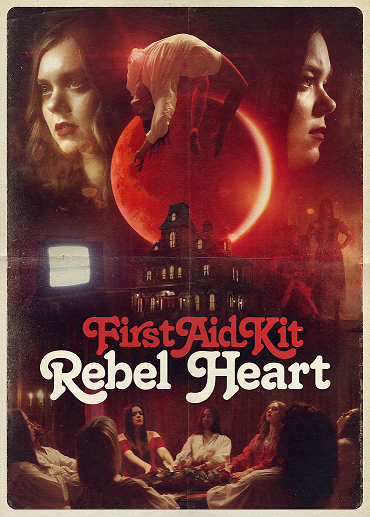 NORTH AMERICAN HEADLINE TOUR KICKS OFF TONIGHT IN PORTLAND, ME

Today, First Aid Kit has released the official video for “Rebel Heart.” Watch HERE. Directed by Mats Udd, the eerie visual depicts the duo as the ring leaders of an entranced group of women while highlighting the song’s haunting harmonies.

First Aid Kit says: “Once again, we collaborated with our dearest friend and director Mats Udd. We wanted to create a dreamy and mysterious world. It’s an homage to old 70s horror films and the aesthetics of that era. ‘Rebel Heart’ was written in the desert after a night of experimenting with an Oujia Board and other occult themed board games. We thought the video should reflect that. It’s a song about identity and femininity. It’s about the destroyer we all have inside of us, that dark force that wants to take over. We wanted to only feature women in the video – the red moon represents a sense of sisterhood.”

The Söderberg sisters will release ‘Tender Offerings’ on September 14 via Columbia Records. The 4-track EP features songs that were recorded during the Ruins album sessions and will be available both digitally and physically as a limited 10”. ‘Tender Offerings’ is available for pre-order HERE – see full track listing below.

In speaking about the EP, Klara and Johanna reflect: “When we went into the studio to record Ruins, we had a lot of material. Ten songs ended up on the album, but these four were left behind. Thematically they didn’t fit on a break up record. However, these songs are very precious to us. It was important to make a home for them, physically and online, so here we are. We hope you enjoy these tender offerings.”

First Aid Kit kicks off The Rebel Heart Tour tonight at the State Theatre in Portland, ME. The 21-date trek will bring the duo to new cities and fans (Portland, ME and Albuquerque, NM) as well as back to some favorite places and friendly faces, including a headline show at the Greek Theatre in Los Angeles, CA.  Australian singer / songwriter Julia Jacklin will support all of the shows, with M. Ward joining as a special guest in LA and San Francisco, CA.  For tickets and more information, visit firstaidkitband.com. 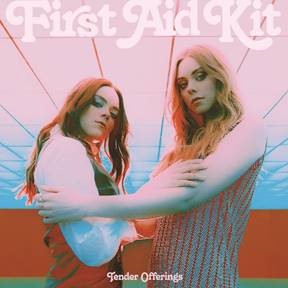