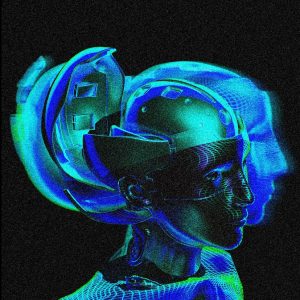 (November 11, 2022) TORONTO, ON – DJ, producer, and artist Famba releases his latest single, “No Sleep,” featuring Glasgow KI$$. No Sleep is easily one of Famba’s most powerful and hard-hitting releases to date, listen here.

This dance floor weapon of a song is clearly designed for one thing – wreaking havoc on dance floors around the world. From its opening salvo, the beat drives ahead relentlessly as it backs the chant-like incantation of the vocals. Striking lyrics add to the undeniable energy of the song, filled with adrenaline inducing percussion fills, synth stabs, and dynamic sound effects.

Making a conscious decision to steer his music in a different direction than his earlier material, Famba says “I got into making this music because of my love for clubs and festivals. During lockdown, I realized that I wouldn’t be fulfilled until I started releasing music that would be played in those places.”

These releases follow the success of his first two EPs. Wishes Vol. 1 and Vol. 2, that turned out big commercial hits. The Dance-Pop songs “Wish You Well,” and “Swear to God,” each went on to be certified Gold in Canada, while the Piano-House influenced “Storm,” reaching the #1 spot at Dance Radio in the US. His earlier breakout track, “Vibe” boasts over 30 million global streams to date.

Famba has also lent his touch to other DJs and artists. He provided official remixes for the likes of The Chainsmokers, Shaun Frank, Midnight Kids, and Young Bombs. It’s no wonder, YourEDM.com has called him, “one of the most versatile producers out there.”

Famba is armed with a full slate of new material ready to release in the coming months and well into 2023.

Famba fans can expect a lot in this new chapter of music.