FAMBA PREMIERES VIDEO FOR “STILL CALL YOU MINE” ON DANCING ASTRONAUT

FAMBA PREMIERES VIDEO FOR “STILL CALL YOU MINE” ON DANCING ASTRONAUT 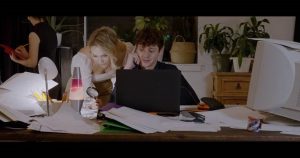 Director, Alex Gayoso (Frank Walker, Neon Dreams, REZZ), gracefully combines the vibrant beat from “Still Call You Mine” with choreographed stunts to place the viewer in the midst of an exhilarating diamond heist. Caught between their passion for love and crime, Famba’s relationship with his co-star is put to the ultimate test when the two secret agents are pitted against one another during a mission. In the form of highly trained assailants and priceless diamonds, the video highlights the importance of remaining strong and staying together.

Since the release of “Still Call You Mine” in late January, the track has seen major playlist featuring including the cover of Spotify’s Mint Canada and Hot Hits Canada as well as Apple’s danceXL & New in Dance.

“Still Call You Mine” is the first track on Famba’s upcoming sophomore EP, Wishes Vol. 2, which is expected later this year via Sony Music Entertainment Canada. Wishes Vol. 2 is set to be a musical monument for Famba, as he steers his sound back to his sonic roots with a marked shift towards club-oriented songs with noticeable underground inspirations.

More About Famba:
After bursting onto the scene in 2016, Famba (Ryan Pettipas) graduated from the local music scene in his hometown Halifax, NS to become one of the country’s biggest electronic artists. He has quickly earned a reputation for his heartfelt songs and laudable production talents via his major label original releases and widespread remixes which have collectively garnered tens of millions of streams across multiple platforms. His first two major label releases, “Wish You Well (feat. Trove)” and “Swear to God” each went on to achieve Gold certified status in Canada, while his third release, “Storm (feat. Kyra Mastro)” introduced Famba to the U.S. market in a big way by scoring the #1 spot at Dance Radio (Mediabase) and logging over 12 million global streams to date.