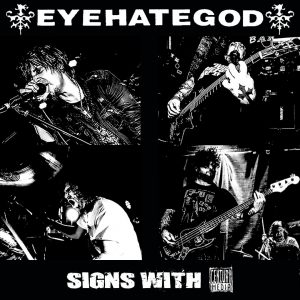 EyeHateGod, “the quintessential Southern sludge band” (Pitchfork) that Rolling Stone dubbed one of “America’s great live bands,” have returned to Century Media Records, with an eye towards a Spring 2021 release for the band’s first album in seven years: A History of Nomadic Behavior (date TBA).

A joint statement from the band on the band and label reunion: “EyeHateGod are pleased to announce we’ve signed a licensing deal with Century Media Records USA and Europe…! We welcome the new changes along with the new year coming, and want this union to benefit everyone involved, especially our rabid and disturbed fans across the globe!”

“We’re happy to announce solidifying our worldwide relationship with EyeHateGod,” added Director of Century Media Records, Phillipp Schulte. “While Century Media has worked with the guys in the past, we’re excited to begin a new chapter with a record that easily ranks amongst this hard-working, heavy-touring band’s best. We are very much looking forward to releasing EyeHateGod’s A Historic of Nomadic Behavior.”

“EyeHateGod are survivors on every level,” says Century Media Records Vice President of A&R, Mike Gitter. “Since 1988 they’ve been part of the framework of extreme music and A History of Nomadic Behavior will be no exception. Theirs is a tough and turbulent road that would have stopped most bands dead in their tracks. Not these NOLA legends. Century Media has been part of their career from the early days and we’re excited to be working together again. EyeHateGod is here to stay.”

The cover art for A History of Nomadic Behavior has been revealed as the band and label prepare to share additional details about the album in coming weeks. 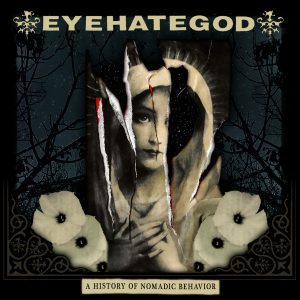 New Orleans’ EyeHateGod is the snarling, bilious sound of dead-end America. Since 1988, they’ve been a soundtrack for the troubled masses. Ugly music for ugly times. That’s the sense of disenchantment and disease that lies at the heart of their latest and sixth full-length album, A History of Nomadic Behavior . Anyone familiar with EHG’s story knows this is survivor’s music, a sound unto itself where Sabbathian riffs are meted out with a caustic anger that goes beyond punk. That’s been the blueprint since guitarist Jimmy Bower (also of NOLA supergroup, Down) founded the band in 1988 with vocalist Michael IX Williams joining not long after. With a discography including sludge-punk mainstays like In the Name of Suffering (1990), Take as Needed for Pain (1993) Dopesick (1996), Confederacy of Ruined Lives (2000) or 2014’s eponymously-titled LP, released in the US through Housecore Records, EHG laid the cracked foundation for their infamous and influential sound