Epic/Legacy Recordings Releases Two New Remixes of The Jacksons’ “Can You Feel It” Out Today: The Island Remix, Featuring David Sandborn | The Kirk Franklin Remix + An Inspirational Soul-Gospel Video For the Track 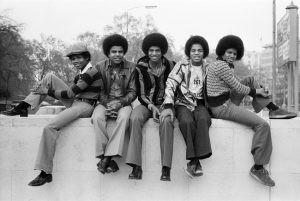 of The Jacksons’ “Can You Feel It” Out Today:

Toronto, ON – April 30, 2021 – Epic Records and Legacy Recordings, the catalog division of Sony Music Entertainment, today will release the second wave of expanded digital editions of essential titles in The Jacksons catalog: Triumph (1980), Victory (1984), and 2300 Jackson Street (1989). In addition to The Jacksons X MLK remix released on March 19, the Triumph re-release includes two additional new remixes of The Jacksons’ “Can You Feel It”: The Kirk Franklin Remix and The Island Remix featuring David Sanborn.

“These albums were released at a defining time in our career, and we thank Sony Music for recognizing the legacy of this music and our historic relationship with the label,” said Jackie, Marlon and Tito Jackson.

The third single from the Triumph album, “Can You Feel It” hit #1 on the Billboard Dance Club Charts (and #77 on the Hot 100) following its release in March 1981. Written and arranged by Michael Jackson and Jackie Jackson, the track was produced by The Jacksons and features lead vocals by Michael and Randy Jackson accompanied by gospel choirs.

On Kirk Franklin’s remix of the classic Jacksons recording, the Grammy Award-winning contemporary gospel artist reminds everyone that “the winds of change are blowing your way” while channeling a Sunday church service with gospel musicians and choir, the soulful vocals of the legendary Tamela Mann and Franklin’s own call-and-response with Michael Jackson.  This remix also serves as the electrifying soundtrack to a new music video set in a church and celebrating the inspirational soul-gospel vibe and message of the song.

Watch The Jacksons’ “Can You Feel It”: The Kirk Franklin Remix music video here.

Produced by Greg Curtis, “Can You Feel It” (The Island Remix) showcases six-time Grammy-winning saxophonist/jazz legend David Sanborn lending his signature sound to the laidback groove propelling this new mix.

The new “Can You Feel It” music video and remixes are the latest installments in this year’s celebration of the groundbreaking series of albums The Jacksons recorded for Epic Records from 1976-1989.

The expanded digital releases of Triumph, Victory and 2300 Jackson Street are now available alongside The Jacksons (1976), Goin’ Places (1977) and Destiny (1978), released February 12. The six studio albums recorded by The Jacksons for Epic Records trace the group’s spectacular transformation from their Jackson 5 boy band roots to their role as avatars of an R&B/pop revolution (1976-1989). Each title includes the original album in its entirety, bundled with additional bonus tracks and may be ordered here:

A 2LP 12″ vinyl edition of The Jacksons Live! (recorded during their 1981 North American Triumph Tour) was released on Friday, March 26.