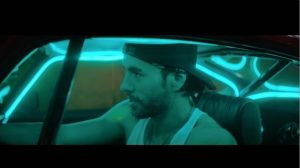 Enrique Iglesias releases the music video to his brand new single, “MOVE TO MIAMI” feat. Pitbull today via RCA Records (Click Here To Watch).  The dance heavy video featuring both artists is directed by Fernando Lugo and was shot in Miami. “MOVE TO MIAMI” is Enrique’s first English language single since 2014’s smash hit single “Bailando” feat. Sean Paul. The track was produced by J.R. Rotem and co-produced by Nitti Gritti, Wuki and Carlos Paucar. Fans who tag the song on Shazam can unlock an exclusive video piece from Enrique.

ABOUT ENRIQUE
Enrique Iglesias has sold more than 150 million albums worldwide, released ten studio albums plus two greatest hits compilations, and is a multi-platinum artist in almost every country around the world. He has headlined ten world tours to more than 10 million fans throughout his career having performed in literally every corner of the world from New York to Sydney to Cape Town to Minsk to London to Belgrade to Santiago to Mexico among many more.

Undeniably the biggest Latin recording artist in music history, Enrique has 31 #1 singles on the Billboard Latin Songs Chart as well as having multiple #1s across all the Billboard charts with a combined total of 105. On 2017, “Duele El Corazon” got him his 14th #1 Billboard Dance track making him the king of the chart beating out Michael Jackson for the most #1s in Billboard history.

To Purchase or Stream “MOVE TO MIAMI” ft. Pitbull
http://smarturl.it/Enrique_MoveToMiami