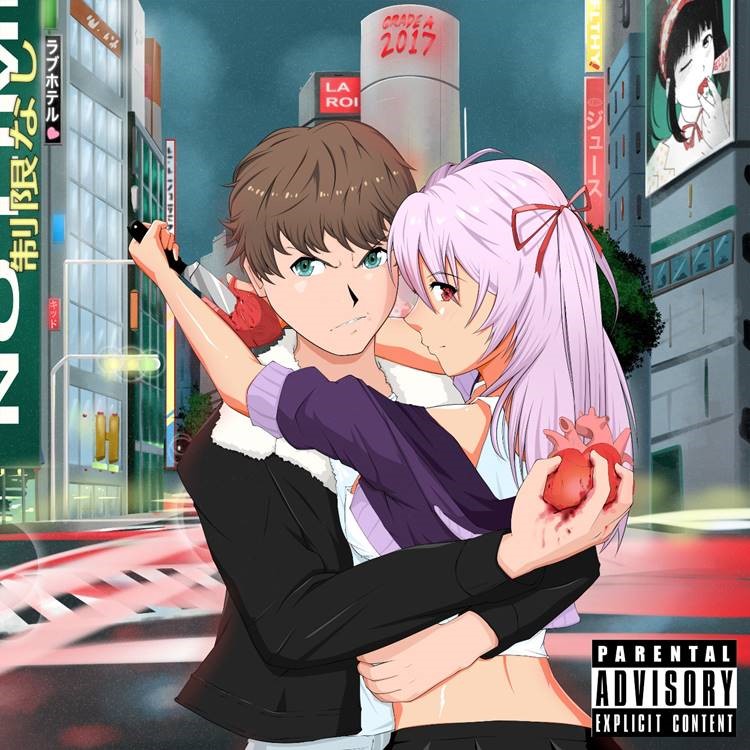 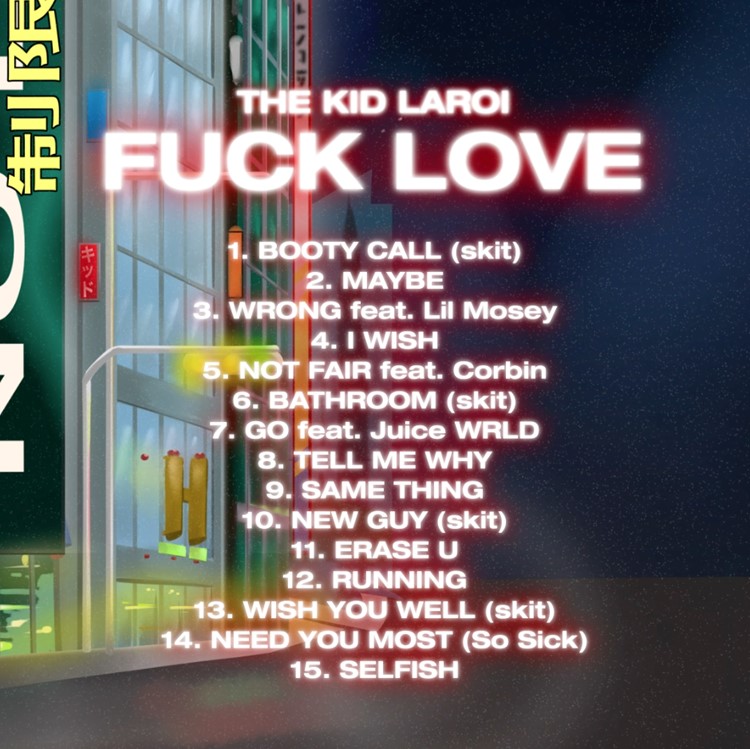 Following a booming trajectory over the span of the last few months, The Kid LAROI releases his long anticipated debut mixtape F*CK LOVE with an accompanying visual for “Not Fair” directed by longtime collaborator Steve Cannon. In his first major label debut project with Columbia Records, LAROI tackles love and loss consistent with the hardships he’s faced at his very early age.

F*CK LOVE features the likes of former mentor, friend and fellow Grade A artist Juice WRLD. In the music videos “Go” and recent release “Tell Me Why” The Kid LAROI is able to convey the relationship the two had up until Juice’s untimely passing. Aside from LAROI displaying his remarkable vocal abilities, the album also features fellow artists peers Lil Mosey and Corbin. F*CK LOVE encapsulates love, pain and everything in between. Between recently scoring his first Billboard top 10 and surpassing 100 million streams in the U.S. this year, The Kid LAROI shows true promise and talent to back up his claims to greatness.

About The Kid LAROI
It’s not everyday you meet a 16-year-old with the confidence to set his sights on rap royalty and the audacity to actually attempt it. Factor in that he’s from Australia, and The Kid LAROI’s rapid ascent seems even more unlikely. But, with originally just a few official songs out and millions of streams across platforms, the rapper born Charlton is proving that for an incoming generation filled with promising talent, yesterday’s borders aren’t today’s barriers, and anyone can make it in America.

Born and raised in Sydney (aside from a short stint in the countryside) to a mother of Aboriginal descent and a French father, LAROI was raised by his mother and his uncle in a gritty environment. When they weren’t at The Fact Tree, a local youth center where they played video games and pool, LAROI and his friends were on the streets. “We used to play with crackheads a lot, we used to just fuck around,” he admits, describing his childhood unromantically. Meanwhile, the grown-ups did what they had to, outside the confines of the law, to provide for LAROI.

LAROI grew up consuming one of America’s most adored exports, listening to hip-hop and R&B icons like Tupac, Erykah Badu, The Fugees, Lil Wayne and Kanye West. He’s wanted to make music since he can remember, hoping to claim a spot within this specifically American legacy. LAROI started out writing raps as a kid, filling notebooks with rhymes and finessing his skill as a lyricist. But it wasn’t until he started uploading freestyle videos online that he began to find an audience for his stories and record his work. “A guy reached out to me on Facebook saying I could use his studio for free—he gave me a bunch of studio time, I made a whole bunch of songs and just posted them up on Soundcloud,” he remembers. Following the tragic murder of his uncle in 2015, LAROI and his mother struggled. They moved into project housing and below the poverty line. LAROI honed in on his music.

Not unusual for a 16-year-old boy, LAROI’s lyrics can be unrefined and audacious. The song he’s most known for, 2019’s “Let Her Go” (the Cole Bennett-directed video boasts over 20 milion views), best demonstrates LAROI’s penchant for raw, at times crude, love stories. But his ear for infectious trap beats and melodic, gracefully auto-tuned hooks gained him the attention of the industry and acclaim from rap’s most exciting voices. After becoming a finalist in a triple j Radio competition, he earned respect from Chicago rapper-turned-industry exec, Lil Bibby, whose support led him to performances on stages alongside the late Juice WRLD, whom he considered a close friend and mentor, THEY and more. In 2018, he recorded his debut EP 14 With A Dream executive produced by frequent collaborator Miracle, and watched standout “Blessings” take off. A well-timed freestyle over Drake’s Tay Keith-produced “Nonstop” added fuel to LAROI’s trailblazing fire.

“It’s really what I’ve always imagined… I always knew it was bigger than that,” LAROI says about his crossover success and finding an audience outside of Australia. Recent collaborations with Lil Tecca, Lil Tjay, and Juice are just the beginning for LAROI – expecting no less than to take the crown his francophone moniker implies. “Everything I make is the shit. I love everything I make. I take music super seriously, and I look at it as art,” says the teenage rap phenomenon. With an undeniable belief in his potential and the fast-paced track record to prove it, LAROI, unexpected as his story is, is making it increasingly easy for the rest of the world to believe in him too.