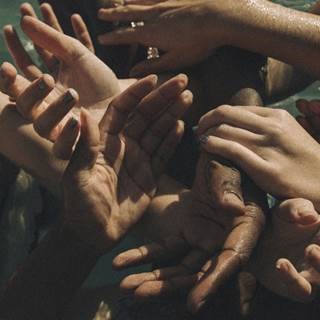 “WAY DOWN LOW” is written by Elley and produced by HazeBanga (Beyoncé, Mariah Carey, Selena Gomez).

On the release of “WAY DOWN LOW” Elley says: “I simply wrote ‘WAY DOWN LOW’ for us. All of us. Together. Never give up on yourself or on the good people in this world or the future. I don’t know much, but I do know better days are ahead for us all.”

The track comes on the heels of Elley’s recent feature on Zedd’s new single “Happy Now,” which was released to rave reviews. The track appeared at #3 on Spotify’s “New Music Friday” playlist upon release and is currently on Today’s Top Hits. In just over a week since release the track has been streamed over 4 million times worldwide across all digital service providers. “Happy Now” is a raw production from Zedd “…that gives way to a snappy dance groove that buoys Duhé’s nimble vocals…  [riding] the memorable beat as Duhé croons in a gauzy, effects-drenched voice…” according to Rolling Stone. Billboard has declared the track to be a new “…sunny single…” for the duo. Click here to listen.

“Happy Now” follows Elley’s first release from DRAGON MENTALITY,  “LOST MY MIND” which Hot New Hip-Hop notes Elley has “…a certain ‘Lorde-like’ quality a lot of singers are going for…[and] it works…” while Idolator deemed the single as “moody…relatable” and Elley’s “…best song to date” following her recent feature on Kid Ink’s “Us” from the Uncle Drew Official Soundtrack and the releases of her tracks “Fly”, “immortal”, and “Can You Touch”.

“Can You Touch” was produced by Rahki (Kendrick Lamar, Eminem, Mac Miller) and appeared on Spotify’s “New Music Friday” playlist upon release. It is also featured on NOW That’s What I Call Music Vol. 63.

Previous releases include “Fly” and Elley’s debut single “immortal.” “immortal” has been streamed 5 million times on Spotify and was met with great critical reaction upon release, with Billboard raving“[Elley’s] hauntingly beautiful vocals effortlessly flow throughout the track” and VIBE describing, “an electric, hip-hop influenced track that tells a story of empowerment…[with] captivating melodies that will give you goosebumps.”