VIA A CREATIVE MUSIC GROUP/RCA RECORDS 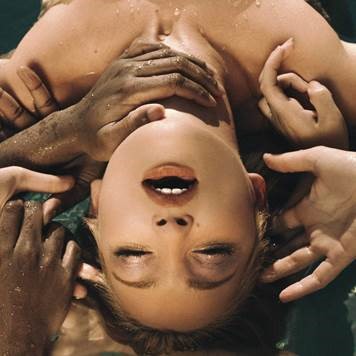 [New York, NY – October 26, 2018] Today, rising singer and songwriter Elley Duhé releases a new track “SAVIOR” via A Creative Music Group/RCA Records. The track is now available as a bonus track on her debut EP — DRAGON MENTALITY, which was released in August. Click here to listen.

The EP follows her feature on Zedd’s hit single “Happy Now,” which was released to rave reviews. The track appeared at #3 on Spotify’s “New Music Friday” playlist upon release and was added to Today’s Top Hits in the U.S, Hot Hits Canada, Canada Top 50 and Canada Viral 50. The track has been streamed over 200 million times worldwide across all digital service providers. “Happy Now” is a raw production from Zedd “…that gives way to a snappy dance groove that buoys Duhé’s nimble vocals…  [riding] the memorable beat as Duhé croons in a gauzy, effects-drenched voice…” according to Rolling Stone. Click here to listen. Elley is also featured on Gryffin’s “Tie Me Down,” which been streamed over 50 million times since its release. Click here to listen. Elley has also been featured on Kid Ink’s “Us” from the Uncle Drew Official Soundtrack.

Earlier releases include Elley’s “Can You Touch” “Fly” and her debut single “immortal.” “immortal” has been streamed 6 million times on Spotify and was met with great critical reaction upon release, with Billboard raving “[Elley’s] hauntingly beautiful vocals effortlessly flow throughout the track” and VIBE describing, “an electric, hip-hop influenced track that tells a story of empowerment…[with] captivating melodies that will give you goosebumps.”

Growing up in the small coastal town of Daulphin Island, Alabama, Elley Duhé always felt she was different from other kids her age. This pushed her towards the comfort of music and inspired a life-long passion for singing and songwriting. At the age of 14 Elley wrote her first song with a guitar she received as a gift from her father. She would gather with her family and have jam sessions with her dad and uncles, finding inspiration to create music from the deep southern art, food, and culture that surrounded her. Throughout her later teenage years, Elley began playing for live audiences and traveled extensively throughout Nashville, Austin and L.A. to perfect her songwriting skills. With her uplifting messages, powerful vocals and the upcoming release of her debut EP, Elley is an artist to watch in 2018.