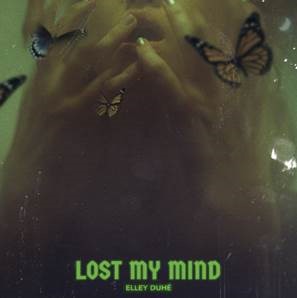 “LOST MY MIND” was produced by Mike “Scribz” Riley and written by Elley Duhé.

On the release of “LOST MY MIND” Elley says: “‘Lost My Mind’ is about human connection. In the song, I’m pleading to the outside world and people in my life to not abandon me or think less of me because I may be going through a dark period. The point I’m trying to get across in the song is that something as simple as having compassion for someone is important even if you don’t understand what they’re going through.”

The track follows Elley’s recent feature on Kid Ink’s “Us” from the Uncle Drew Original Motion Picture Soundtrack. It also follows the releases of “AIN’T NO FEELING” and “Can You Touch,” of which the latter was produced by Rahki (Kendrick Lamar, Eminem, Mac Miller) and appeared on Spotify’s “New Music Friday” playlist upon release. It is also featured on NOW That’s What I Call Music Vol. 63. “Can You Touch” is both a poignant and empowering song that “has soul and rhythm that’ll transport you to another galaxy” according to NYLON. Hot New Hip Hop describes, “[the] lyrics are bursting with personality…her melodies often go in unexpected directions, speaking to her strength as a songwriter.” Click here to listen.