ELLE KING AND MIRANDA LAMBERT IMPACT COUNTRY RADIO WITH “DRUNK (AND I DON’T WANNA GO HOME),” ONE OF THIS WEEK’S MOST-ADDED SINGLES

ELLE KING AND MIRANDA LAMBERT IMPACT COUNTRY RADIO WITH “DRUNK (AND I DON’T WANNA GO HOME),” ONE OF THIS WEEK’S MOST-ADDED SINGLES 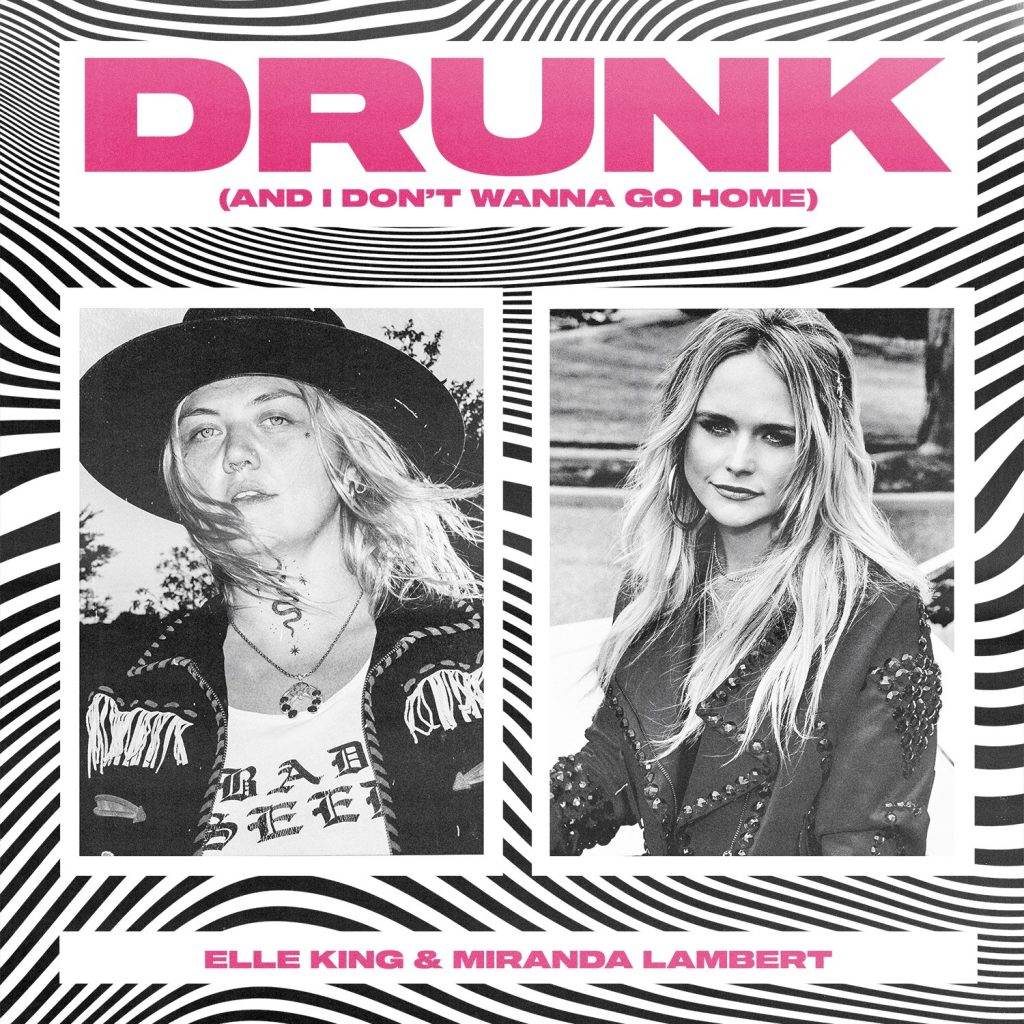 “Drunk” came roaring out of the gate and has already racked up over 55 million streams globally. The single debuted at No. 1 in early March on both Billboard’s Rock Digital Sales Chart and the Country Digital Song Sales Chart. King is the first female artist in history to have scored four radio No. 1 singles on different formats including Adult Pop Songs, Adult Alternative Songs, Alternative Songs and Country Airplay charts. The song was also recently a two-week No. 1 on SiriusXM The Highway’s Hot 30 Weekend Countdown.

“Drunk” was co-written by Elle King with Martin Johnson, who also produced the track, and was recorded in Nashville and New York pre-pandemic. This is the second time King collaborated with Lambert, having recorded together their first release “Fooled Around and Fell in Love” (along with Maren Morris, Ashley McBryde, Tenille Townes and Caylee Hammack) which became “Music Event of The Year” at the “2020 ACM Awards.” Elle also was a special guest on Miranda’s 2019 Roadside Bars & Pink Guitars tour. In addition, King’s 2016 collaboration with Dierks Bentley on “Different for Girls,” also scored a No. 1 on the Mediabase/Country Aircheck and Billboard country airplay charts, was nominated for a Grammy, and won a CMA Award for “Musical Event of the Year” the same year.

“Drunk” is the only song at country radio included in Billboard’s list of “The 50 Best Songs of 2021 So Far,” and continues to receive widespread critical praise:
“this may end up being a Top 10 pop song, country song, and rock song of 2021” – Stereogum

“Firebrands King and Lambert hit one out of the bar with this singalong ode to handing your keys to the bartender and drinking all night because you don’t want to go home. The song will fuel a thousand karaoke nights and a million bridal parties, but it’s the cotton candy-colored video that really sells it, with King as a feisty bride and Lambert as the maid of honor who’s the first to spike the punch. – Billboard

“Feisty, rocking and oh-so-adorable. I never would have imagined these two together, but the result is ridiculously catchy.” – MusicRow

“an anthemic tale of love, imbibing, and taking some wrong turns” – American Songwriter

“an exuberant celebration of a night out, with lyrics that allow both King and Lambert to show off their attitude” – PopCulture

Her debut album Love Stuff featured her breakthrough single “Ex’s & Oh’s,” which earned her two GRAMMY nominations and is certified 4x times platinum.  The breakthrough single hit No. 1 on Billboard’s Hot Rock Songs Chart, topped the AAA, Hot AC, and Alternative Radio charts, leading King to become the second female artist in 18 years to reach No. 1 at the latter format.  Her single “Shame,” featured on her second studio album Shake The Spirit marked King’s fourth radio #1 single. Prior to the release of her current single “Drunk (And I Don’t Wanna Go Home),” King released her latest EP Elle King: In Isolation   in summer of 2020, a collection of raw demos/songs she’s recorded acoustically while quarantining at home.