SET TO BE RELEASED JUNE 24TH VIA RCA RECORDS 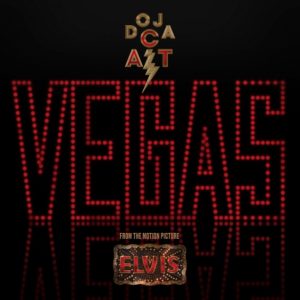 Today, RCA Records drops Doja Cat’s melodic, bouncy new single “Vegas” from the ELVIS Original Motion Picture Soundtrack. The soundtrack is set to be released the same date as Baz Luhrmann’s forthcoming film ELVIS, June 24th, starring Austin Butler and Tom Hanks. The track incorporates “Hound Dog” in a unique, singular way that only Doja Cat could ever do. Doja debuted the catchy single for the first time at Coachella this year, where she received high praise for her set; UPROXX proclaimed “…we’ve definitely seen all the evidence we need to say that Doja should have headlined Coachella 2022.” She also brought out acclaimed Gospel artist, Shonka, who plays Big Mama Thornton in the film and will be on the upcoming soundtrack as well.

ELVIS is an epic, big-screen spectacle from visionary filmmaker Baz Luhrmann that explores the life and music of Elvis Presley (Austin Butler) through the prism of his complicated relationship with his enigmatic manager, Colonel Tom Parker (Tom Hanks). The soundtrack features Elvis’s extraordinary body of work spanning the 1950s, 60s and 70s, while also celebrating his diverse musical influences and enduring impact on popular artists today. 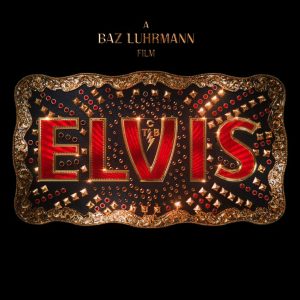 Since its inception in 1900, RCA Records – the second oldest label in American history – has been home to some of the most iconic music artists of all-time celebrating music across all genres.  Our DNA, steeped in a rich musical history, compels us to amplify and empower the voices of our artists who continually push artistic boundaries and shape the cultural landscape on a global scale.

RCA Records is a Division of Sony Music Entertainment.

Grammy award winning Global Superstar Doja Cat made her first upload to Soundcloud in 2013 at just 16-years-old.Having grown up in and around the LA area, she developed a knack for music by studying piano and dance as a kid and listening to the likes of Busta Rhymes, Erykah Badu, Nicki Minaj, Drake, and more. Soon, she went from obsessing over Catwoman (the Halle Berry version) to crate digging on YouTube. The budding talent taught herself Logic and how to compose on a midi controller. Signed to Kemosabe/RCA in 2014, she released her Purrr! EP and followed that with her debut album Amala in spring 2018, but it was her August 2018 release of “Mooo!” which catapulted her into the mainstream and was met with critical acclaim.

Doja Cat released her sophomore album Hot Pink in November 2019 to mass critical acclaim, the album was a platinum success with over 19.3 billion streams worldwide. Hot Pink features “Juicy” which hit #1 at Rhythm radio, “Say So” her GRAMMY nominated #1 smash record and “Streets”, the viral sensation that soundtracked the ‘Silhouette Challenge,’ one of the biggest TikTok trends to date. The success of “Say So” which hit #1 on the Billboard Hot 100 and has been RIAA certified 4x platinum and streamed over 7.8 billion times catapulted Doja into global superstardom. She has taken home the Best New Artist Award at the MTV Video Music Awards, the MTV Europe Music Awards, the American Music Awards, the iHeart Radio Awards and the People’s Choice Awards.

Doja’s creativity and showmanship as a performer have been praised time and time again, she has delivered unique and show stopping performances on nearly all the major Award Show stages including the GRAMMY Awards, the AMAs, the Billboard Awards, the iHeart Radio Awards and the MTV VMAs and EMAs. Her last tour sold out in 10 minutes and she has played numerous festivals including Rap Caviar Live Miami, Posty Fest, Day n Vegas and Rolling Loud LA.

Doja Cat’s GRAMMY winning album Planet Her came out in June 2021 and dominated the charts, debuting at #1 on the Billboard Top R&B Albums chart and #2 on the Billboard Top 200 and Billboard Top R&B/Hip-Hop Albums chart, marking Doja Cat’s career best and highest debut to date with 109K in total activity in the US alone. Spanning a range of genres Planet Her also generated the highest first day Spotify streams for an album by a female rapper, was the top Pop album upon release based on consumption according to MRC data, and marks both the biggest debut for female rapper and the top female R&B debut of 2021. GRAMMY winning “Kiss Me More” ft. SZA, the lead single off Planet Her is certified platinum by the RIAA and hit #1 at Top 40 and Rhythm radio with over 3.9 billion streams worldwide. In October 2021, Doja Cat became the first rapper to have 3 songs in the Top 10 at Top 40 radio. In May 2022, Doja Cat landed #1 on the Billboard Artist 100 chart for the first time. Amongst others, Doja has received 5 AMAs, 3 MTV VMAs, 3 BMI Awards, 2 MTV EMAs, 1 Billboard Music Award, 1 GRAMMY Award and 1 NAACP Image Award along with garnering a total of 11 GRAMMY award nominations.

ELVIS is an epic, big-screen spectacle from Warner Bros. Pictures and visionary, Oscar-nominated filmmaker Baz Luhrmann that explores the life and music of Elvis Presley, starring Austin Butler and Oscar winner Tom Hanks.  A thoroughly cinematic drama, Elvis’s (Butler) story is seen through the prism of his complicated relationship with his enigmatic manager, Colonel Tom Parker (Hanks).  As told by Parker, the film delves into the complex dynamic between the two spanning over 20 years, from Presley’s rise to fame to his unprecedented stardom, against the backdrop of the evolving cultural landscape and loss of innocence in America.  Central to that journey is one of the significant and influential people in Elvis’s life, Priscilla Presley (Olivia DeJonge).