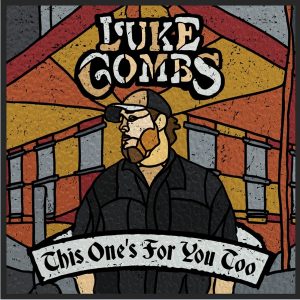 It’s available for pre-save with a fan incentive of exclusive KOLORBLIND merchandise HERE.

This album is a reflection of Esco, who is, in fact, colour blind. Esco’s meaning behind the title KOLORBLIND, is that “there are no boundaries, no black and white, no red and blue. When you listen to the music it’s purely enjoyment for musical purposes,” says Esco.

On Monday morning, Hypebeast exclusively premiered the music video for the first single “Code Of Honor” [feat. Future & ScHoolboy Q] which is available for streaming and download at all digital retailers now. Over ice cold beats and pulsating production, Future’s raw verses collide with brash bars from ScHoolboy Q before a hypnotic hook takes hold. It’s unshakable and undeniable.

In the music video, Esco cruises the Hollywood Hills before landing at a wild house party flanked by red hot foreign whips and even hotter models. It’s the perfect gateway to KOLORBLIND and yet another banger from the Freebandz icon.

On Friday, he first gave fans a preview of what to expect by sharing a hyped trailer on WorldStarHipHop. Excitement is only just beginning to ramp up for the record’s arrival.

Beyond his musical ubiquity, DJ Esco recently linked up with Diesel for his own collection. Expect more high-profile fashion moves and collaborations soon. He’s also hosting a weekly residency at Drai’s in Las Vegas every Thursday beginning April 19 through May 31!

A cornerstone of today’s sound, DJ Esco has maintained his place at the forefront of 21st century hip-hop. Future’s official DJ since 2008, and executive producer of the Gold certified DS2 back in 2015. He also executive produced the 2017 back-to-back Billboard Top 200 #1 powerhouses, Future and Hndrxx. In addition to dropping underground favorites such as Ball Like Me in 2012 and No Sleep in 2014, his 56-night stay in a Dubai prison infamously inspired Future’s 2015 classic mixtape, 56 Nights. Between endless touring, 2016 saw DJ Esco drop Project E.T. The latter yielded the smash “Too Much Sauce,” which racked up over 76.4 million Spotify streams to date.

Now, the entire game is about to go KOLORBLIND…