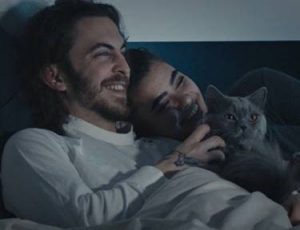 “GFY” is but one highlight of Lloyd’s acclaimed new EP, EXIDENT, available now via Arista Records HERE. The visual marks the latest installment of a remarkable true narrative begun on Lloyd’s global breakthrough, “Nevermind,” and then continued on the recently released smash, “Never Go Back,” which can be viewed now HERE. “GFY” directed by Omri Rozenblum, continues the narrative of the “Never Go Back” visuals, picking up following the dissolution of Dennis’ tumultuous relationship with his ex-girlfriend. The video is shot through the unique perspective of the former couple’s pet cat, as the female lead nurses an injured bird back to health, while Dennis prepares to take the stage during his tour across the world. Exploring the contrast between personal versus professional growth, the visuals parallel Dennis’ new life as a successful musician and his ex-girlfriend’s simple life back in Columbia.  An inspiring excerpt included in “GFY” from Dr. Gary Lewandowski’s TED Talk, “Break-Ups Don’t Have to Leave You Broken” leaves the viewer contemplating which of Dennis or his Ex are living the more fulfilling life.

“Following the break up with my ex-girlfriend, I was depressed,” Lloyd explains. “I had recorded one song in particular about how I was feeling called ‘GFY’ but felt something was missing with it. Browsing YouTube I came across a TED Talk by Dr. Gary Lewandowski about relationships. I pressed play and I started to cry from what I heard. His words deeply resonated with me and I knew this was the missing piece of the song. Crazy enough, the monologue fit perfectly within the song. Since releasing ‘GFY,’ tons of people are tagging me using this monologue as their Instagram captions, tweets etc. Seems like it’s connecting with others, the same way it did for me.”

EXIDENT earned high praise upon its arrival last month, with Ones To Watch raving, “Born as Nir Tibor in Tel Aviv, Israel, the multi-talented Dennis Lloyd independently wrote, recorded, mixed, and produced every exceptional track off his mind-blowing new EP, EXIDENT. Blending together elements of synth-pop and alternative R&B, EXIDENT sees Lloyd tearing himself apart as he narrates the tragic story of a seemingly everlasting relationship.” 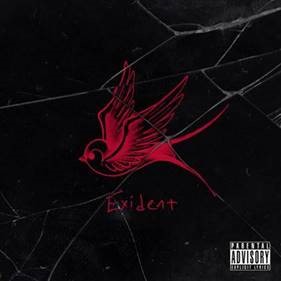 Dennis Lloyd has spent much of his life working to create music that crosses both genre and border. Born and raised in Israel, he began playing trumpet and guitar in his early childhood, eventually incorporating his multi-instrumental talents into a unique strain of dynamic, disruptive, and diverse pop music all his own.

With over 8.2 million monthly listeners, Dennis Lloyd is now firmly placed among Spotify’s top 400 artists. After completing three years of service in the Navy, Lloyd moved to Bangkok in search of a creative haven. Basking in the quiet space of a one-bedroom apartment, with no Wi-Fi and only his instruments, laptop, and a microphone, he spent the next year creating, composing and recording close to forty original songs. Among that amazing cache of material was “Nevermind,” detailing the beginning of his ill-fated relationship with a woman he fell for while traveling in Thailand.

Self-released by Lloyd in 2016, “Nevermind” slowly but surely proved a planetary phenomenon. Remixed and re-released by Dennis the following year, the track saw even greater success, earning over 1 billion worldwide streams along with gold and platinum certifications in Australia, Germany, Italy, France, and the United Kingdom, among others. What’s more, “Nevermind” reached the top 3 at Alternative radio outlets across the United States, ultimately becoming Lloyd’s debut entry on Billboard’s “Hot 100.”

“Nevermind” was also a critical favorite, with TIME raving, “Lloyd released his undeniable earworm back in 2016, but like many tracks from artists outside of the accepted mainstream celebrity canon, it just took some time for ‘Nevermind’ to make headway and find its audience. With a warm beat, toe-tapping rhythm and looping melody, it’s a song that plays just as well on repeat in the background as turned up to full volume, giving it that ideal mark of summertime flexibility.”

As if all that weren’t enough, Lloyd celebrated “Nevermind” with his North American network TV debut performance on ABC’s Jimmy Kimmel Live! (streaming HERE). An additional slate of high profile TV performances will be announced soon.

EXIDENT now tells the full story of that same tumultuous relationship, with each of the EP’s five songs describing a different emotional phase Lloyd experienced following its eventual dissolution. That traumatic moment is captured with great insight and power on tracks like the EP’s acclaimed first single, “Never Go Back,” available for streaming and download HERE. The track has fast proven a worldwide sensation, boasting over 75 million global streams. Indeed, “Never Go Back” has already reached Spotify’s Top 200 in 23 countries, Spotify’s Viral 50 in 28 countries, and #1 on the overall Apple Music and Spotify charts in Lloyd’s native Israel.

Filmed on location in Sri Lanka and Tel Aviv, the “Never Go Back” companion video displays the high points of Lloyd’s new relationship in passionate detail, intercutting moments of lovestruck bliss, seductive reprieve, and emotional intensity. The clip – streaming HERE – arrived accompanied by an innovative vertical video prequel, shot from the perspective of his ex-lover’s iPhone and streaming now HERE.

Like its predecessor, “Never Go Back” earned wide-ranging media attention upon its premiere last month, with Complex writing, “Sung in English and Spanish, ‘Never Go Back’ begins as a stripped-back piece of songwriting, before the multi-instrumentalist gradually teases in more and more elements until the track’s apex. Judging by Lloyd’s explanation below, the building intensity of the track appears to mirror the passion of the relationship itself, for better or worse.” “‘Never Go Back’ highlights Lloyd’s stripped-down vocals,” wrote Forbes, “aided by his guitar and a soulful trumpet solo. Lloyd creatively blends the elements of pop, R&B, rock and reggae, breaking global boundaries in addition to crossing them.” “The 25-year-old now follows (‘Nevermind’) with the equally catchy ‘Never Go Back,’” enthused Idolator. “The languid break-up song is a blur of hand claps and guitar chords with a splash of trumpet and a lot of very real emotion.”

As charismatic and engaging on stage as he is on record, Lloyd is currently traveling the planet on the epic “Never Go Back Tour,” with recent highlights including show-stopping sets at last month’s Coachella Valley Music & Arts Festival. North American headline dates resumed last night, May 29th, at New York City’s famed Irving Plaza and will continue through next month. In addition, Lloyd is set for a number of eagerly awaited festival performances, including New York City’s Governor’s Ball (May 31) and Dover, DE’s Firefly Music Festival on June 21st. Additional dates will be announced. For complete details and remaining ticket availability, please visit www.dennislloydmusic.com. 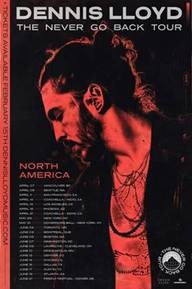