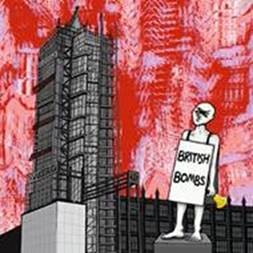 Declan McKenna: “British Bombs is a tune I wrote about the hypocrisy of the British arms trade and the weapons convention in London. I think too often it’s implied that matters in the world are too complex to not end up with war, or to not possess and sell weapons, and I just think it is pure bullshit. Not only do we still engage in wars far away from our homes, which settle nothing and fuel extremism in the aftermath, we sell weapons to other countries full well knowing where they end up.

“I wanted to write a song that was outright against war, in any form. Violence breeds violence and I just don’t think the world is too complex to set a peaceful precedent, but it seems the business of war is what keeps happening. To say it’s a shame feels like a huge understatement.”

Declan is donating all profits made from the single to charity.

British Bombs is the first single by Declan McKenna since the release of his critically acclaimed debut album, “What Do You Think About The Car?” released in July 2017 through Columbia Records. It’s a bruising, acerbic leftfield pop song that delivers Declan’s message with urgency and freneticism. Produced by James Ford (who was also behind the glass for the debut album), it’s a fizzing fireball of a song that signals a welcome return for this razor-smart young British artist.

Declan McKenna arrived back in 2015, to those with their fingers on the pulse and ears to the ground, at just sixteen, with a series of buoyant consciously-driven, left-leaning pop songs (Brazil, Paracetamol, Isombard)  that deliberately eschewed the banal lyrical fodder of your typically lovelorn, heart-wrenched singer-songwriter. Instead, Declan chose to write about the myriad of topics that were causing much consternation and aggravation amongst his own generation, and he spat them out in an energetic blast of youthful, melody-heavy vigour. Declan is one in only a minority of bright, clued-up and switched-on young artists commenting on the mess and destruction being laid down for his generation by the supposed grown-ups in control.

Alongside his talented band, Declan picked up a sizeable fanbase hooked on those very words he wrote, and belted them back to him right across the globe.  Culminating the debut album campaign with a show at London’s The Forum, the scene is very much set for whatever comes next.

British Bombs is an important statement of Declan’s intent. 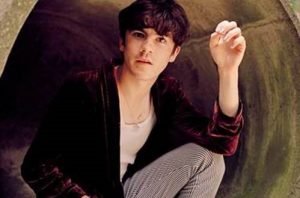