DEBUT ALBUM ‘WHAT A TIME TO BE ALIVE’ OUT NOW 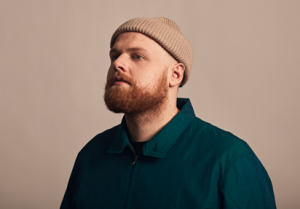 Tom Walker, 2019 BRIT Award winner, writer of one of the year’s biggest international hits in ‘Leave A Light On’, announces his debut album ‘What A Time To Be Alive’.

One of the bonafide runaway hits of 2018, ‘Leave A Light On’ went straight into the Official Top 40 songs of the year in the UK, was #1 on iTunes in 20 countries and went Platinum in 10 different countries. It cemented the reputation Tom was building as a fiery, real balladeer that wrote songs from the heart.

Capping a career-defining 2018, Tom also bagged a number of awards including Sync Artist of the Year at the Music Week Sync Awards as well as the notable ASCAP Vanguard Award – previous recipients include Dua Lipa, Jess Glynn and Calvin Harris.

Now, Tom releases his debut album ‘What A Time To Be Alive’ – featuring ‘Angels’, ‘Leave A Light On’ and current BBCR1 A-Listed ‘Just You And I’ as well as a previously unheard, remarkable collaboration with Zara Larsson ‘Now You’re Gone’.

The Scottish-born, Manchester-raised young artist has carved one of the success stories of the year based on sheer character, persona and song-writing. Earning the 2019 British Breakthrough BRIT Award comes as the almost inevitable milestone on a story that’s growing bigger and brighter with every release. What a time to be alive, indeed.