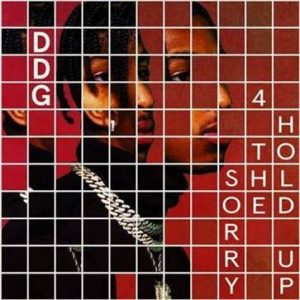 He preceded the release with the bold and rowdy single “Run It Up” [feat. YBN Nahmir, G Herbo, & Blac Youngsta]. Not only did it gather 4 million-plus Spotify streams, but it also racked up over 5.3 million YouTube views for the music video. Beyond this lead-off, he delivers three more tightly woven anthems on the project. It blasts out of the gate with the dynamic “Lil Baby” before he gets personal on “Too Much To Lose.” Meanwhile, he drops an impressive duet on “Hold Up” [feat. Queen Naija], bringing together two of the game’s most promising new voices for a definitive team-up.

He’s got nothing to be sorry for it all with this brash, bright, and bumping body of work!

On March 27, he hits the road for the “Breaking The Internet” Tour. Tickets are already going fast, so be sure to catch him on this run. Check out the full itinerary below.

DDG continues to inspire critical acclaim as well. Complex noted, “He’s a viral sensation that’s destined to become your favorite rapper, especially if he continues to capitalize on eye-catching performances,” and Rolling Out spotlighted him with an in-depth video interview.

Be on the lookout for him to make more major moves in 2019! 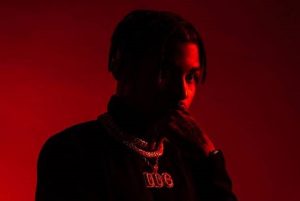 Standing out with his sharp signature flow, DDG put Pontiac, MI on the map as an undeniable presence online and force behind the mic. He broke through to mainstream popularity by teaming with Famous Dex for “Lettuce.” Capitalizing on this momentum, he dropped the 2018 independent project Take Me Serious, which catapulted him to the forefront of rap’s next era. Standouts on a stacked tracklisting, “Arguments” racked up 27 million YouTube views and 13 million streams as “Givenchy” followed closely on its heels with 22 million YouTube views and 12 million streams. Inking a deal between his own DDG Entertainment and Epic Records in 2019, he’s positioned to pop off from Pontiac and onto the global stage in 2019.

SORRY 4 THE HOLD UP EP

FOR UP TO DATE INFO REGARDING DDG, PLEASE VISIT: