DARK TRANQUILLITY will be performing their upcoming album “Moment” live in its entirety at Gothenburg’s famed venue Stora Teatern. The full show will be streamed online on Saturday November 21 at 20:00 Central European Time, only one day after the release of the new album.

Mikael Stanne comments: “We are thrilled to announce that we are doing a show! We will be performing our new album in it’s entirety the day after it’s release straight from Storan here in the heart of Gothenburg. And we want you all to join us via the stream. This of course is the weirdest time we as a band have been through and to release an album without going out around the world to play it is nothing short of heartbreaking. But knowing that you guys are at home, staying safe and turning our stream up to the appropriate metal levels will let us know that you’re out there and will make this night truly special for us. This being as close as we can physically get to you all this year we aim to make the most of it. We have a full production show prepared  for you on the most beautiful stage in the city and having you with us through the technical magic of streaming means the world to us. Enjoy the show and we hope to see you all very, very soon.”

Get your tickets and merch here: 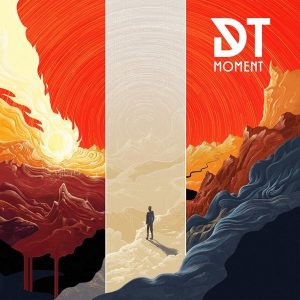 It’s been four years since the (Swedish) Grammy-nominated album, “Atoma,” but the time between was creative, innovative, and adventurous. The stalwarts welcomed two top-tier guitarists—Christopher Amott (ex-Arch Enemy) and Johan Reinholdz (Nonexist)—while writing a stunning cluster of songs that not only push Dark Tranquillity’s boundaries outward but also strongly typify the Swedes’ sonic fingerprint. Recorded at Nacksving Studios and Rogue Music by Martin Brändström and then mixed/mastered by Jens Bogren at Fascination Street Studios, “Moment” is a riveting yet challenging journey from start to finish. Join Dark Tranquillity as they unveil their defining moment! 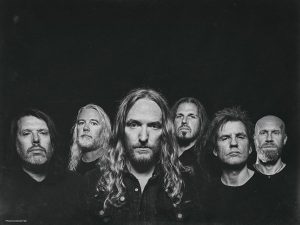