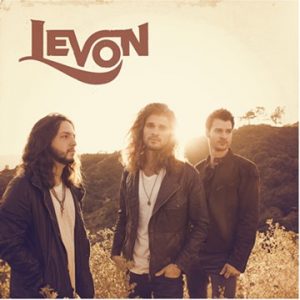 Showcasing the band’s compelling song craft and harmonies, as well as their genre-transcending performance style and sound, their Levon EP features the following selections and songwriters:

Currently on a nationwide country radio tour to promote their new EP, Levon took yesterday off to fly to Pittsburgh, PA for a concert performance. While in flight, the band surprised Southwest Airlines passengers with an a cappella rendition of “Give Up Your Heart” HERE.

A debut single from the Levon EP will impact country radio this summer.

A few of the trio’s musical roots are suggested by their name, an homage to the talents of The Band’s Levon Helm, as well as Elton John and his song, “Levon.”  All in their twenties, Levon’s members nonetheless share a collective musical passion for the 1970s “Laurel Canyon Sound” generation whose lyrics and melodies have remained relevant long after their time on the charts.

Playing such Music City-area venues as Puckett’s in nearby Leiper’s Fork and gigging for tips outside Nashville fave, the Pancake Pantry, contributed to the early buzz on Levon.  To date, the band has expanded its résumé to include festival dates and opening slots for such artists as Florida Georgia Line, Lady Antebellum, Willie Nelson, Kelsea Ballerini, Alabama and many others.