BRONCO TO BE RELEASED IN FULL ON APRIL 8th 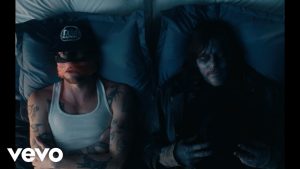 (March 11, 2022) – Country artist and songwriter Orville Peck releases Chapter Two of his sophomore album Bronco. Chapter Two, featuring the fourtet of “The Curse Of The Blackened Eye,” “Kalahari Down,” “Trample Out The Days” and “Hexie Mountains” is available today, here.

Says Orville, “The songs on Bronco’s second chapter explore some of the most vulnerable places I’ve ever gone to with my music. I sing about home, escape, longing, resentment…This chapter, lyrically, has some of my favourite songs on the album. Plus I’ve always been a sucker for a ballad.”

Watch the video for the lead track from Chapter Two “The Curse Of The Blackened Eye” here. The video features Norman Reedus and was directed by Austin Peters, who is Orville’s collaborator on all visuals for Bronco. Previous videos for Bronco include “C’mon Baby, Cry” and “Daytona Sand.”

This new group of songs joins previously released Chapter One tracks “C’mon Baby, Cry,” “Daytona Sand,” “Outta Time” and “Any Turn” as Orville Peck’s first offerings from his new album Bronco. Being released in three installments, the fifteen track album will be released in full and available globally via Columbia Records on April 8th. Fans can pre-order the vinyl as well as digital album here and watch the album trailer, chock full of celebrity cameos including but not limited to Margaret Cho and Norman Reedus here.

A consummate storyteller, the country rock inspired Bronco plays upon the horse theme so often found in Orville’s work, but this time with an exploration of freedom, breaking free from that which binds us and all that is wild and untamed. Bronco builds upon and follows Peck’s previous album Pony and EP Show Pony, which explored themes of love, loss and loneliness but advances the story arc in a bolder, newer and warmer trajectory.
Track list:

A passionate live performer, Orville will kick off a headline tour on April 14th with stops in over thirty cities, including Canadian dates, in addition to festival performances at Coachella and Stagecoach. Tickets for the The Bronco Tour are on sale now at orvillepeck.com/tour; fans can check local listings for more details.

Known for prodigal touring, Orville spent most of 2021 on the road with an extensive tour across the US and festival performances including but not limited to Lollapalooza and Governor’s Ball. He also supported Harry Styles at Madison Square Garden, was the face of Beyonce’s Ivy Park Rodeo collection, appeared in a Dior campaign, performed on Miley Cyrus Presents: Stand by You PRIDE special for NBC’s Peacock, covered Lady Gaga’s “Born This Way” for her reimagined album, starred in an episode of Netflix’s This Is Pop, and most recently had a massive sync in a pivotal scene in the season two premiere of HBO’s Euphoria. 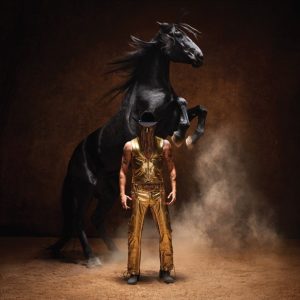 Connect With Orville At: