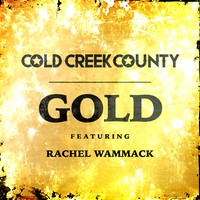 Dougie Oliver states, “We knew the second we heard “Gold” for the first time that it was going to be our first single off of our new EP. Rachel‘s Voice was a perfect fit with Josh.

Ryan, thanks for the pitch. We love this song and everything it stands for!!”

“I’m so pumped to be a small part of this track, and to have Rachel on it brings it to another level. We knew when we wrote it that “Gold” was a hit. Thank you CCC.” – Ryan Hurd

Cold Creek County celebrate brand new music for 2019 with their signature multi-part vocal harmonies now complimented by the stunning vocals of RCA Nashville singer-songwriter Rachel Wammack. “Gold” is the first release of new music in 2019 as the band preps for their next EP! Cold Creek County guitarist Josh Lester now holds the reins centre stage, moving from harmony singer to front man of this five piece. This is a subtle change that fits right in with the band that includes Josh’s brother Justin Lester (Bass, Vocals), Jordan Honsinger (Acoustic Guitar, Banjo), Dougie Oliver (Drummer) and Trevor MacLoed (Guitar). Like most of Cold Creek County, Josh grew up in a small town musical family, one that cared about getting the music right with his craft diligently nurtured from the brothers father Emory Lester, one of the foremost exponents of acoustic mandolin and bluegrass. 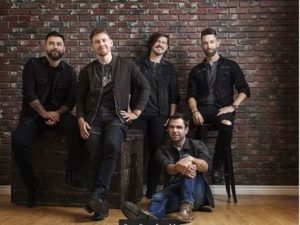 Cold Creek County are ready to embark on a 9 date Ontario Golden Hearts Tour to road test the new single for their dedicated fanbase. Starting on Thursday April 4th in Kingston the band criss-cross their way through the entire province performing their hit songs and high energy live set ending in Parry Sound on April 25th.

Cold Creek County have consistently collected accolades for their vocals and live performances with multiple nominations and awards from the CMA Ontario, CCMA and JUNO Awards since the debut album “Till The Wheels Come Off” and their follow up EP “Homemade.” “Gold” is produced by and mixed Scott Cooke (Florida Georgia Line, Nickelback) and Dougie Oliver. Cold Creek County are managed by Kevin ‘Chief’ Zaruk at Chief Music (Florida-Georgia Line, Dallas Smith, Chris Lane, and Joey Moi) and co-managed with band leader Doug Oliver. Expect new Cold Creek County music and extensive touring in 2019.

Collaborating on “Gold” is Nashville rising star Rachel Wammack who songwriting and stunning vocals are already charming fans everywhere. Her own Rachel Wammack EP was produced by Dann Huff and marks the first commercial release to come from the native of Muscle Shoals, Alabama, and was influenced heavily from the rich music history of her hometown. Discovered at 17 by Sony Music Nashville while performing in Muscle Shoals, her label deal was cemented in 2018 and she is now managed by the legendary Clarence Spalding (Brooks & Dunn). Rachel’s influences include Adele, Otis Redding, Carrie Underwood and Sam Smith and she honed her craft not only as vocalist, but as a songwriter.