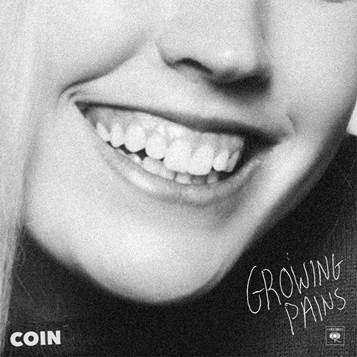 Nashville pop/rock band COIN has released their new single “Growing Pains” today, which premiered on Sirius XM Alt Nation’s Advanced Placement new music show. Listen HERE. “Growing Pains” produced by Butch Walker (Weezer, Carly Rae Jepsen, Fall Out Boy) and is a song driven by its coming-of-age lyrics. The track comes as a follow-up to the band’s sophomore album, How Will You Know If You Never Try.

The quartet is currently on their North American Tour, which kicked off on February 1 in Fort Lauderdale and wraps on March 17 in Englewood, CO. Known for their energetic and exciting live performances, COIN will play New York, Chicago, Los Angeles and Seattle. See below for full list of tour dates.

COIN—Chase Lawrence (vocals/keys), Joe Memmel (guitar/vocals), Ryan Winnen (drums) and Zach Dyke (bass)— has made a name for themselves with their modern approach to their alternative-pop hits. The band’s memorable live stage presence landed them a sold-out headline U.S. tour.  They have opened for The 1975, Young The Giant, Passion Pit and made debut appearances at major music festivals such as Lollapalooza, Austin City Limits, Firefly Festival, and Life is Beautiful. Together, their ability to craft undeniably catchy songs have garnered them 60+ million streams on Spotify.