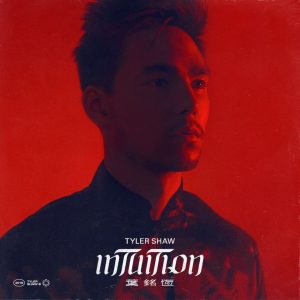 Heads Out on Intuition Tour Nov. 21

(Toronto – November 2, 2018) – Today, Platinum-selling artist Tyler Shaw announces an exciting addition to his busy holiday schedule. On November 18th Tyler will be performing at The Original Santa Claus Parade. A beloved family tradition held annually in Toronto on the third Sunday of November, it will be broadcast on CTV at 4:30 p.m. ET/PT.

This comes on the heels of another holiday performance announcement – the iHeartRadio Jingle Ball. The most memorable music event of the holiday season will take place on December 2nd at the Scotiabank Arena in Toronto, where Tyler will join some of the top artists of the year for an unforgettable holiday celebration.

Tyler’s busy performance season begins on November 14th at the Canadian Tire Centre for WE Day Ottawa. Later that month he will be embarking on his headlining Intuition Tour in support of his sophomore album, Intuition, released September 28th (see below for full list of dates and link to tickets). The album features the single “Cautious,” which reached Top 10 at Canadian radio and the single “With You,” which broke into the Top 10 on the Shazam Top 200 Chart this week. The single is currently on six major city’s Top 10 Shazam charts, with a #1 spot in Winnipeg.

Tyler Shaw is a platinum-selling artist, producer and actor. The Chinese-Canadian released his hit song “Kiss Goodnight” in 2012, and the melodic track quickly hit Platinum sales. In 2014 Tyler earned a JUNO Award nomination for ‘Breakthrough Artist of the Year.’ He then went on to release certified Gold tracks “House of Cards” and “Wicked,” all from his 2015 debut album Yesterday. Shaw has opened for massive international artists including Shawn Mendes and Alessia Cara, as well as toured with Selena Gomez. The multi-talented artist recently exercised his acting skills as the lead role in the feature film The Meaning of Life, released in summer of 2017. Tyler’s first single “Cautious,” from his sophomore album Intuition, was released in January 2018 and reached Top 10 at Canadian radio. His second single “With You” was released in July 2018 and the video quickly amassed over 5 million YouTube views in just a few months.