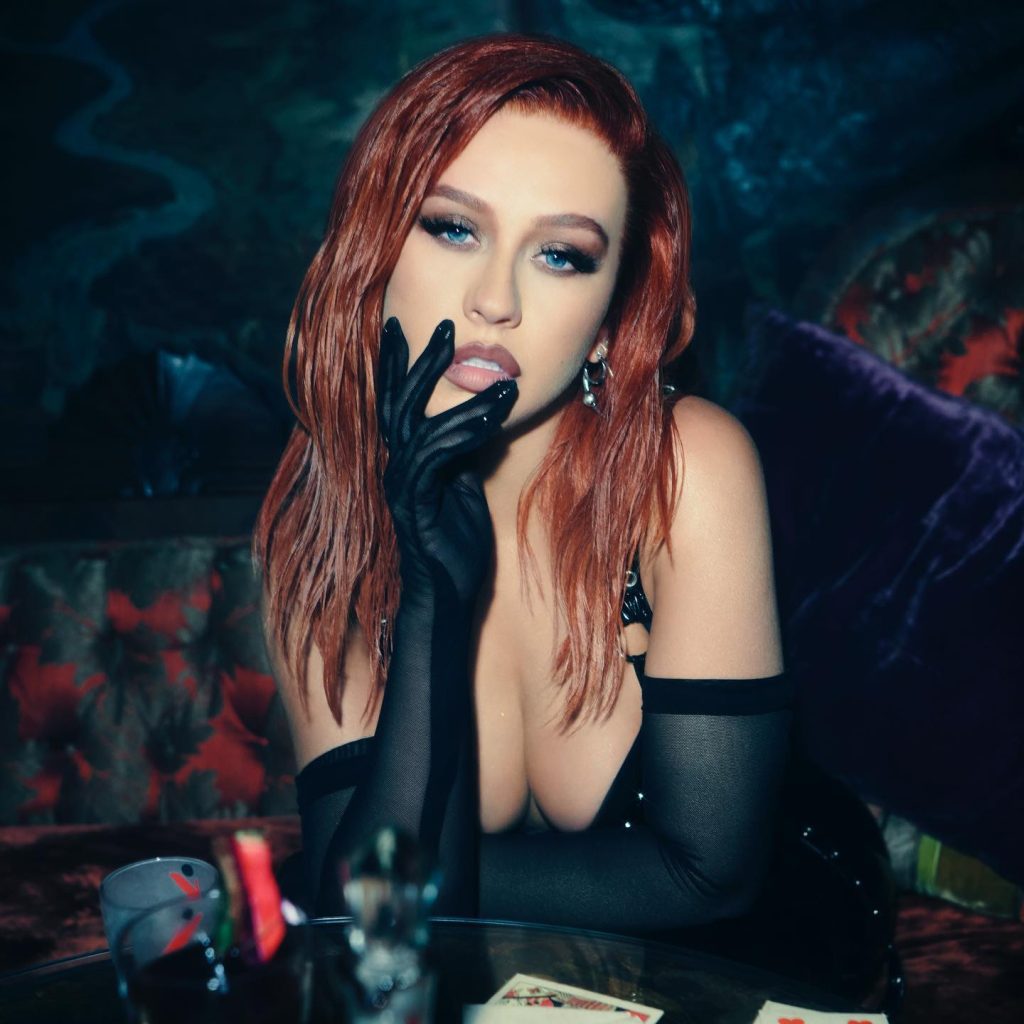 Listen to it HERE
Watch the video HERE

On the track, simmering acoustic guitar threads around a head-nodding beat as Christina’s instantly recognizable vocals ring out. As always, her show-stopping delivery along with the voices of Becky G, Nicki Nicole, and Nathy Peluso, take the spotlight with spirit, soul, strength, and style on the hook. The song unites some of the boldest powerhouses in Latin music and culture, heating up each verse.

Get ready for Christina Aguilera to make another major mark on Latin music and culture like only she can.

“’Pa Mis Muchachas’ embodies the spirit of being a strong woman and empowering other strong women; the track is paying tribute to the generations before us who made us who we are, and to the present-day women around us who are inspiring future generations.  This is also a song about owning who you are and accepting others free of judgment” expressed Christina.

Also, released today is the video for “Pa Mis Muchachas” directed by Alexandre Moore. Recorded in Buenos Aires, Los Angeles, and Madrid it is another testament to the infectious star power of these dynamic Latin artists. The video will make its broadcast premiere on MTV Live, MTVU, MTV Latin America and on the Viacom CBS Times Square billboard.

Most importantly, the single sets the stage for the arrival of Aguilera’s first Spanish-language album since Mi Reflejo in 2000.  The album earned Aguilera a Latin GRAMMY® Award for Best Female Pop Vocal Album, and notably reached No. 1 on the Billboard “Top Latin Albums” and “Latin Pop Albums” charts, becoming “the best-selling Latin pop album of 2000.” It garnered a six-times Latin platinum certification from the RIAA.

Now, after 22 years, Christina Aguilera has returned to her Latina roots with reignited passion. She spoke to People about what to expect, as the publication excitedly announced, “Xtina is tapping into her Latina roots once again.” Meanwhile, Insider promised, “In order to capture the most authentic sound, Aguilera made sure to work with artists immersed in the genre.”

Christina Aguilera continues to honor her Latin roots with this great production that promises to revolutionize music.