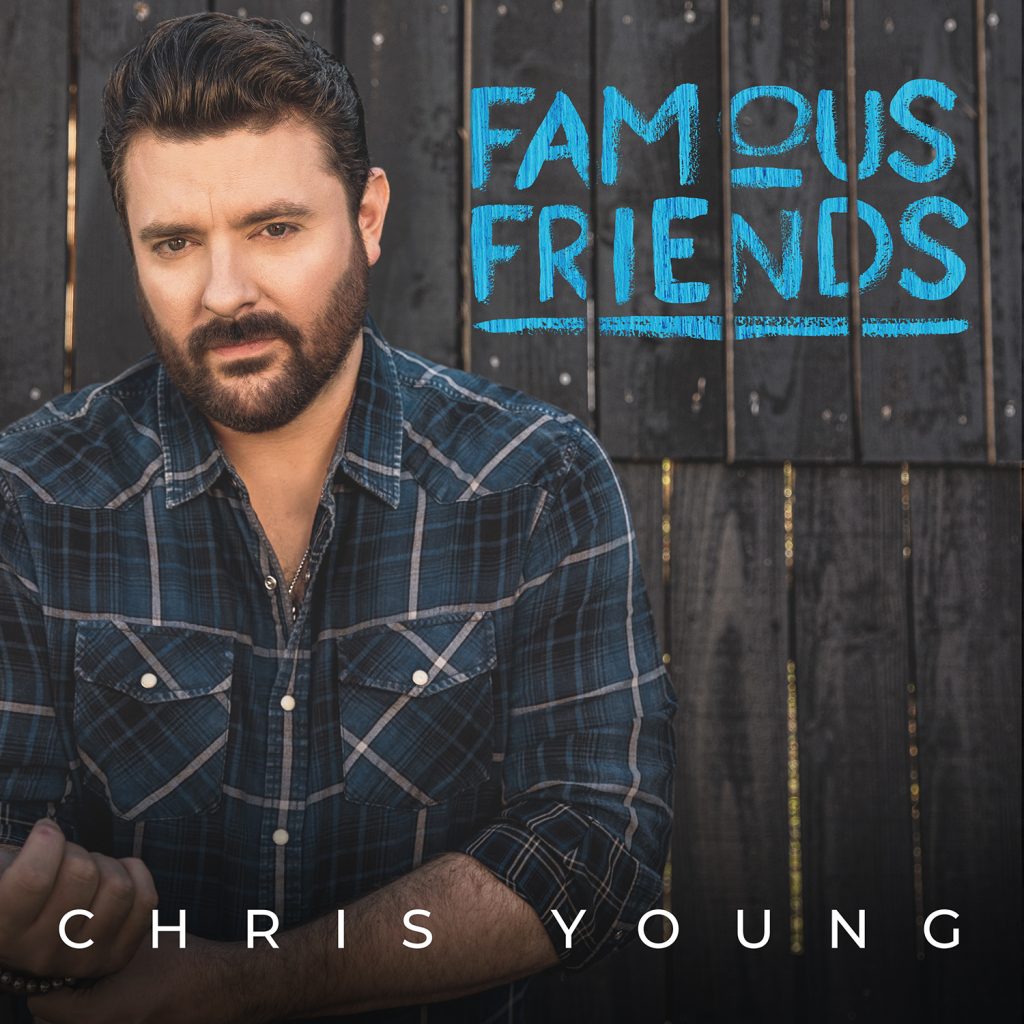 “I know I’ve said it before, but I honestly can’t say it enough – I am so excited to be releasing my new album,” shared Chris. “There are so many incredibly talented artists, songwriters and producers – all friends of mine – who helped make this album possible. Having friends share their talents as collaborators, songwriters, producers and more, it’s only natural to call the album ‘Famous Friends.’”

In addition to “Raised On Country,” “Drowning,” “Town Ain’t Big Enough” and “ Famous Friends ,” which recently won for CMT Music Awards Collaborative Video of the Year, his new song “Rescue Me,” which Chris first teased on Instagram, can be streamed and downloaded starting today ahead of the album’s release in August.

“I think ‘Rescue Me’ is such a cool twist on the typical love song concept,” said Chris of the song written with Josh Hoge, Mark Holman, Matthew McGinn and Christian Davis Stalnecker, one of 13 tracks he had a hand in writing on the new record. “People were already falling in love with it just based off short social teases. It’s something special and I’m proud to have helped write it and produce it alongside Mark Holman.”

While the album’s final track, “Tonight We’re Dancing,” is produced solely by Chris, continuing the theme of the new record — Famous Friends— he co-produced the remaining 13 of 14 songs along with several more of his famous friends – Corey Crowder, Chris DeStefano and Mark Holman.

“I want people to fall in love with it, blow their speakers listening to it, dance to it, party along with it, cry to it, just live it – and I can’t wait to start playing this new music on the road soon” declared Chris.

TRACK LISTING: CHRIS YOUNG – FAMOUS FRIENDS
1. Raised on Country
2. Famous Friends (with Kane Brown)
3. Town Ain’t Big Enough (with Lauren Alaina)
4. Drowning
5. Rescue Me
6. Break Like You Do
7. At the End of a Bar (with Mitchell Tenpenny)
8. Love Looks Good on You
9. One of Them Nights
10. When You’re Drinking
11. Cross Every Line
12. Hold My Beer Watch This
13. Best Seat in the House
14. Tonight We’re Dancing

In addition, several limited-edition Chris Young Famous Friends album box sets will be available for pre-order at https://CY.lnk.to/FamousFriends starting today, including an exclusive cover and signed CDs.
For more information, visit chrisyoungcountry.com and join @ChrisYoungMusic and his more than 5.7 Million fans on TikTok,  Instagram, Facebook and Twitter.

ABOUT CHRIS YOUNG:
Multi-platinum RCA Records Nashville entertainer Chris Young has accumulated an impressive list of accomplishments, including membership in the iconic Grand Ole Opry, more than 4 Billion on-demand streams, 13 Million singles sold, 11 career No. 1 singles, 21 R.I.A.A. Gold/Platinum/Multi-Platinum certified projects, 2 Grammy nominations, 3 Country Music Association nominations and 4 Academy of Country Music nominations along with a win for Performance of the Year at 2020’s CMT Music Awards. These accomplishments and more landed him in the Top 20 of Billboard’s top country artists of the decade.

Named “one of his era’s finest traditionalists” by the Associated Press, Chris is an international ambassador for country music, performing to capacity crowds around the world. With a hit-packed set that highlights his eleven chart-toppers — including back-to-back No. 1s “Losing Sleep,” “Sober Saturday Night,” “Think Of You,” and “I’m Comin’ Over” — the Grammy and ACM nominated vocalist’s 2019 headlining tour played to over 400,000 fans in 3 countries.

Chris’ brand-new single, “Famous Friends” with Kane Brown, which took home the trophy for Collaborative Video of the Year at the 2021 CMT Music Awards, is Top 5 and rising and impacted country radio as the most-added new track at the start of the year. The infectious title track will lead his 8th studio album, Famous Friends, due August 6, following back-to-back No. 1 Billboard Top Country Albums Losing Sleep and I’m Comin’ Over.