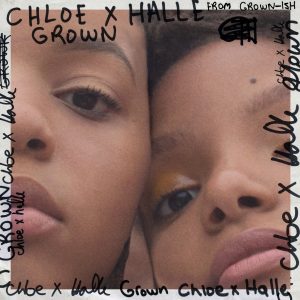 Columbia Records Recording sister duo Chloe x Halle debut “Grown,” an expressly penned track that is the theme song for the highly anticipated television show “GROWN-ISH.”  The show premieres on Disney’s young adult television and streaming network Freeform in the U.S. and on ABC Spark in Canada, on January 3, 2018 at 8:00 p.m. ET. “GROWN-ISH” kicks off a brand new Wednesday night comedy block for the network and will make its debut with a two-episode season premiere. Chloe x Halle have a recurring role in the television series. Chloe x Halle also release the accompanying music video for “Grown” which features the sisters using Snapchat Lenses.

Chloe x Halle beloved for their gift of creating jaw-dropping harmonies and genuine musical moments have garnered millions in audience around the globe since signing with Beyoncé’s Parkwood Entertainment. The sister duo has been featured in Rolling Stone’s “25 Under 25”, Billboard’s “21 under 21”, named People Magazine’s One to Watch, and was profiled on ABC News’ Nightline. The sisters have performed on The Today Show, at the BET Awards, Macy’s Thanksgiving Day Parade, and Essence Festival. They are featured on Michelle Obama’s charity single, “This Is for My Girls” and have appeared in Beyoncé’s visual tour de force, Lemonade. In late November, Chloe x Halle gave a special performance of “I Say So,” a song they created to celebrate World Children’s Day at the United Nations.

Chloe x Halle will release their debut album in 2018.