NEW VIDEO “WHEN I SEE YOU AGAIN”– WATCH HERE 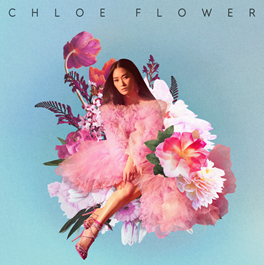 “A classically-trained pianist, composer, and humanitarian here to shake up the world in the most impactful way.”  – Flaunt

“You probably came for the music but stayed for the looks.” – Grazia Magazine

“She came to play, but at the same time, she did not come to play” – Time

(Toronto, ON — July 16, 2021) — Today, genre-redefining pianist, composer, and producer Chloe Flower — whose sensational appearance with Cardi B stole the show at the 2019 Grammy Awards — has released her self-titled debut album on Sony Music Masterworks. Chloe Flower is available to stream and purchase here.

In three acts — I. Innocence, II. Suffering and III. Hope — this sublime collection was composed, produced and recorded in the artist’s New York City apartment during the Covid-19 pandemic. It features spoken word from Deepak Chopra and an interpretation of Billie Eilish’s chart-topping hit “Bad Guy” – complete tracklist below.

Encompassing sweet melodies, hip-hop, and trap beats, Chloe Flower is a modern-day classical sensation, pushing the boundaries with her unique self-created Popsical genre. Of her album Chloe states: “I want people to listen to the album as a whole body of work, which is why I have a prelude and a finale as well as the three acts. The ultimate goal was to make an album that inspires listeners, and makes people hopeful. It’s new, edgy, and a sound that is authentic to me. Even though my music has no lyrics, I still have something to say.”

In conjunction with the album release, Chloe Flower has also unveiled the video for “When I See You Again” from the new album. With lush, dream-like visuals, Chloe delivers an expressive performance emanating nostalgia and longing – watch HERE.

“I wanted to write something inspirational and hopeful,” explains Chloe, who was moved to compose the track after a friend died of pancreatic cancer when he was too scared to visit a hospital due to the virus. “The melody is melancholy but also hopeful. One day, in this life or in some other way, we will meet our loved ones again.”

This video comes as a follow up to “Bohemia,” a dazzling and provocative music video showcasing the range of sound with hypnotic trap beats and seductive piano playing. Featuring Tony, Golden Globe, and Emmy winning actor Jeffrey Wright (James Bond, Westworld), the video was inspired by the 20th anniversary of iconic musical blockbuster Moulin Rouge and filmed at the notoriously exclusive New York City cabaret club, The Box. 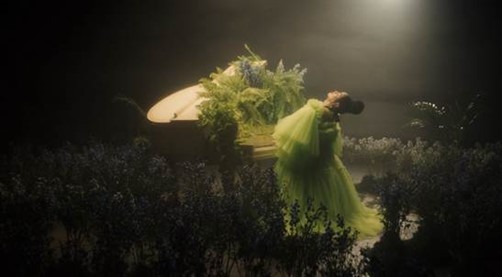 ABOUT CHLOE FLOWER
Chloe Flower is the most talked about pianist in the world following a show-stopping performance with Cardi B at the 2019 Grammy Awards. Chloe is an official Steinway Artist, composer, producer, activist, and fashion influencer who began playing piano at the age of two. Chloe Flower proudly celebrates her Asian heritage and culture and is a fierce advocate for women’s representation — particularly women of color — in the music industry. Chloe sits on the board of directors for the Liberace Foundation and is a strong voice against human trafficking. She was honored by the Coalition to Abolish Slavery and Activism (CAST) and has spoken at the United Nations as a music education ambassador. With her self-created Popsical genre — a blend of pop and classical — Chloe Flower is pushing boundaries and reaching new audiences. She has collaborated with Babyface, Nas, and Swizz Beats along with producers Tommy Brown (Ariana Grande/Meghan Trainor) and Mike WiLL Made-It (Beyonce/Miley Cyrus) to name a few.