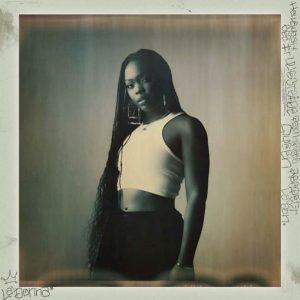 To celebrate the project’s arrival, the rising rapper, artist, dancer, creative director, songwriter, VMA Award-winning choreographer, and proud Compton native also just dropped the music video for the single “Palm Trees.” Watch it HERE. The visual offers an intimate look at her neighborhood. In the middle of the street, she launches a traffic-stopping dance routine next to a cherry red classic car before breaking it down on the roof of a graffiti-covered truck. 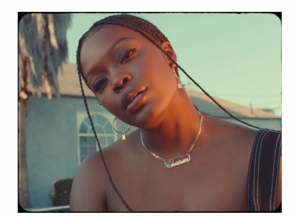 She paved the way for the EP with singles such as “Queen” and “Westside.”Now, the project begins with the powerhouse “Hallelujah.” After a heartfelt voice message by her brother from jail, she tears through the production with raw rhymes as she warns, “Never underestimate a woman with a third eye.”Whether it be the plodding laidback groove of “See it” or haunting keyboard-laden confessional “Respect,” the project illuminates every side of Charm. However, it all culminates on “La Don.” She proclaims, “Bitch, I’m La Don,”before examining her journey in one last acrobatic display of lyrical dominance. 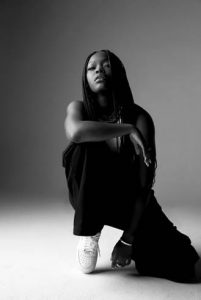 Prior to the project’s release, she stoked anticipation among tastemakers. FLAUNT claimed, “Charm unveils layers of herself through sharp bars, street wisdom, and undeniably catchy hooks, while stressing the importance of family, self-love, and resilience of girls in the hood across the nation,” while UPROXX christened her “a renaissance woman liberated.”

Remaining a proud fixture in her community, she pulled up on one @divasofcompton’s rehearsals much to the girls’ elated surprise. Watch it HERE.

In 2020, she made her introduction as an artist with the single “So & So.” Billboard described it as “tender,” while LA Weekly predicted, “plenty to look forward to as La’Donna makes the transition from behind the scenes professional to full-on musician.”

Projecting the voice of the streets from a perspective not heard often enough, Charm asserts herself as a beacon of resilience for girls in the hood and beyond. She continues to embody “Black Girl Magic” as an impressive multi-hyphenate. For years, she has impacted the culture from behind-the-scenes, choreographing and creative directing for the likes of Kendrick Lamar, Dua Lipa, and Ella Mai. Among many accolades, she appeared on Lamar’s DAMN. Tour and 2018 GRAMMY® Awards performance. Plus, she envisioned and executed the routines in Rosalia’s “Con Altura” music video, scoring the VMA in the category of “Best Choreography.” In addition, Charmhas scored a 2021 iHeartRadio Music Award nomination in the category of Favorite Music Video Choreography (Socially Voted Category) for Dua Lipa’s “Physical.” Cham La’Donna shows no sign of slowing down!