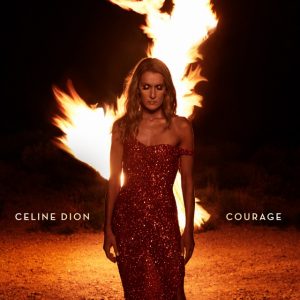 November 25, 2019 (Toronto, ON): Courage the acclaimed, uplifting new album from Celine Dion debuted at No. 1 on Nielsen SoundScan’s Top 200 Album Chart, and marks the highest one week sales total for any artist, in 2019.  Nothing short of spectacular, Courage is Celine’s 15th No. 1 album in the Nielsen Canada SoundScan era, and her 4th chart-topping debut this decade!

Courage also enters # 1 on the charts on the U.S. Billboard 200 (her first #1 in 17 years), in Belgium and Switzerland, and is Top 5 throughout several international territories, including France, Australia, U.K., New Zealand, Germany and Ireland.

Celine will next appear on the Macy’s Thanksgiving Day Parade on NBC, celebrating U.S. Thanksgiving with a special performance from Courage.  Her ‘Courage World Tour’ continues through 2020 across North America, the United Kingdom and Europe. For tour information visit celinedion.com.

With more than 250 million albums sold around the world, Celine is one of the most immediately recognized, widely respected and successful performers in pop music history. She has earned five Grammy Awards, two Academy Awards, seven American Music Awards, 20 JUNO Awards and an astonishing 40 Félix Awards.  She remains one of the most sought-after recording artists, receiving the Diamond award at the 2004 World Music Awards recognizing her status as the best-selling female artist of all time. In 2016 the Billboard Music Awards presented her with the lifetime achievement Icon Award. In April, Celine was named L’Oréal Paris’ newest global spokesperson.