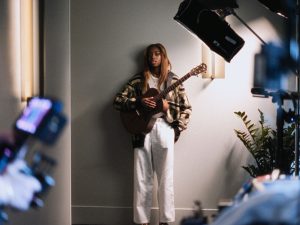 Equipped with a concept from London-based creative Otis Dominique (Jorja Smith, Kojey Radical, ENNY) and directed by Ricky Gibb, the one-take visual for ‘Go’ portrays the highs and lows of four complex love stories combined with a captivating performance from Cat. ‘Go’ has received outstanding viral success, with combined content around the track gaining over 564 million views on TikTok. The global platform premiered the music video for ‘Go’ on TikTok LIVE.

Breaking into the Official Charts for the first time in her career with ‘Go’, Cat’s single has now peaked in the Top 10 of the UK Official Singles Chart today and remains in Spotify’s VIRAL 50 – CANADA chart. The track has now surpassed 28 million Spotify streams and is dominating playlists across Spotify, Apple Music, and Amazon Music worldwide.

Off the back of her single’s success, Cat recently enlisted DJ duo Nervous Freaks and upcoming producer goddard to introduce ‘Go’ to the electronic space with their respective deep house and drum ‘n’ bass reworks. Cat has also shared a stripped-back piano version of ‘Go’, displaying another side to her compelling artistry.

Together with Otis Dominique and Ricky Gibb, Cat has brought a new perspective to ‘Go’ with the cleverly-cut music video. Garnering praise from critics and music lovers alike, Cat Burns is gearing up for the next phase of her flourishing music career. 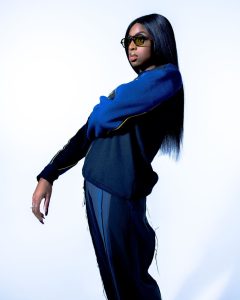