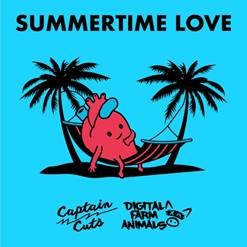 The song unites the Los Angeles-based multiplatinum-selling producer and DJ trio Captain Cuts with the UK DJ, singer, songwriter, and producer for a buoyant, bold, and bright poolside singalong. Backed by energetic house, dancefloor synths, and propulsive percussion, the song’s fusion of electronic fire and pop ambition sizzles and scorches. Be on the lookout for the premiere of the music video very soon and expect to hear this one at parties worldwide well beyond the summer season…

“Summertime Love” marks the first new music from Captain Cuts since their international smash collaboration “So Close” alongside NOTD, Felix Jaehn, and Georgia Ku. Not only did “So Close” amass over 160 million cumulative streams and counting, but it also held #1 at Dance Radio for multiple weeks and stands out as the #1 song with the most airplay at Dance Radio for the year. It also maintains the group’s staggering momentum as a force throughout popular music. The past 2 years, they cowrote songs with everyone from Steve Aoki, Carly Rae Jepsen, and What So Not to Whethan, Blink-182, MARINA and more.

Captain Cuts is a multi-platinum selling songwriting, production, and DJ group based in Los Angeles. The trio is composed of Ben Berger, Ryan McMahon and Ryan Rabin (also a member of Grouplove). Together they have produced and written massive songs for artists such as Walk The Moon (“Shut Up And Dance” & “One Foot”), Bebe Rexha (“I Got You”), Grouplove (“Tongue Tied”), Tove Lo, Halsey, and The Chainsmokers, among others. Their songs have an aggregate of more than 1 billion streams and over five million sales. Follow them on: Spotify, Instagram, Facebook

Hailing from northwest London, artist, producer and songwriter Digital Farm Animals has masterminded irresistible pop hits like Dua Lipa’s breakthrough single “Be the One,” Galantis’s “No Money,” and Louis Tomlinson’s “Back to You” featuring Bebe Rexha, and more. He also achieved success with the likes of Hailee Steinfield, Galantis, and Cash Cash. He continued turning out club-ready records like “Tokyo Nights” with Shaun Frank and Dragonette and collaborations with Alan Walker and Tiesto. His new music unfolds over 2019. With “Lookin’ For” featuring Danny Ocean, “Next To You” + “Next To You Part II” with Becky G, featuring Davido and Rvssian, and “Without You Now” featuring AJ Mitchell, as the initial releases from his upcoming project, Digital Farm Animals brings his signature ingenuity to his most deeply hypnotic body of work to date. 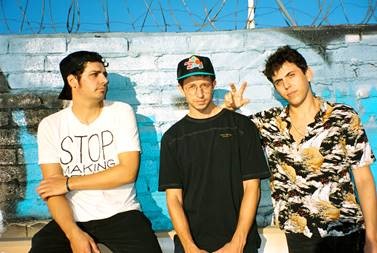