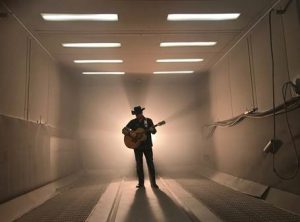 TORONTO, ON – December 7th, 2018 – Platinum-selling Sony Music Entertainment Canada recording artist Gord Bamford drops video for “Down” today. Gord Bamford (born in Australia) took time off his busy Australian tour this past fall to shoot the video for “Down”, the 5th single from his current album Neon Smoke released January 19th, 2018. Directed by videographer Duncan Toombs and shot in West Gosford NSW Australia “Down” takes the viewer through a romantic backroad romp on this traditional country hook-up tune.

Neon Smoke is not only reacting with Canadian country music fans. The first single and title track hit #1 on the CMC charts in Australia, where Bamford was born and lived until the age of 5. The video for “Neon Smoke” also hit #1 on the CMC charts. Bamford embarked on a nine city Australian tour in September 2018 before he returned to Canada for his Honkytonks & Dive Bar Tour this fall. Hitting 40 plus Canadian cities from coast to coast, Bamford gave fans the chance to see one of Canada’s biggest Country music superstars in an intimate setting, at their favourite local bars and honkytonks. The exceptionally successful Honkytonks & Dive Bar Tour concludes on December 14th.

Bamford is one of the most awarded artists in Canadian country music history. He has received 24 Canadian Country Music Association (CCMA) Awards including Album of the Year, Single of the Year and Male Artist of the Year wins, multi Canadian JUNO Award nominations, is the two-time winner (2013/2015) of Nashville’s Country Music Association CMA Global Country Artist Award, with 25 Top 10 singles in Canada including the #1 smash hit “When Your Lips Are So Close”. Bamford has spent the better part of 20 years honing his craft and perfecting his sound, with his eighth studio album, Neon Smoke, becoming a fan favourite since its release earlier this year.