CAMILA SCORES FIRST #1 ON THE U.S. BILLBOARD HOT 100 THIS WEEK WITH “HAVANA”

ALBUM HIT #1 ON ITUNES IN CANADA AND OVER 100 COUNTRIES, MOST EVER FOR A DEBUT ARTIST 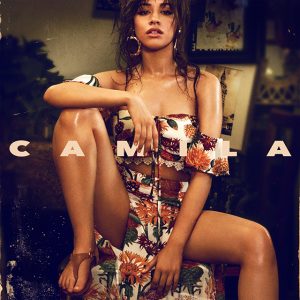 (January 22, 2018 — Los Angeles, CA) — Taking over charts around the world, Camila Cabello’s self-titled full-length debut, Camila [SYCO/Epic Records], bows at #1 on Canada’s Neilsen SoundScan chart and the Billboard Top 200 in the U.S., and is certified Gold by the RIAA and Music Canada.

The record moved 119,000 equivalent units in the first week of release in the U.S. Upon arrival, it captured #1 on iTunes in 100 countries, shattering the record for “most #1 iTunes peaks for a debut album (male or female).”  #1 in nearly every corner of the globe, it dominated the charts in Canada and Mexico where its already Gold and also in Sweden, Norway, and Netherlands.  Moreover, it landed in the Top 3 in the UK , Finland, Australia, Ireland, Belgium, and Switzerland.

About Camila’s success, Epic Records President Sylvia Rhone comments, “It’s unusual to achieve a #1 chart position on an artist’s debut album. With an untamed passion, Camila is one of those rare artists who excels as a vocalist, writer and performer. She made an exquisite album that not only bridges genres but cultures.

After seven weeks at #2, in the U.S., her runaway smash “Havana” [feat. Young Thug] climbs to #1 on the Billboard Hot 100 this week.  It makes for her first #1 on the respective chart. Additionally, “Havana” achieves an RIAA triple-Platinum certification and is 5X Platinum in Canada. Among many accolades, it has also accomplished “the longest run at #1 on Top 40 Radio by a female artist in five years” in the U.S., in addition to holding #1 for five weeks across the pond as the “longest running female #1 single in the UK since Adele’s ‘Someone Like You’ in 2011.” “Havana” has also charted at #1 at Canadian Top 40 radio for the past 6 weeks.

Over the past week, Camila has made the rounds with numerous memorable and viral television appearances. Following the debut TV performance of new single “Never Be The Same” and a couch interview on The Tonight Show Starring Jimmy Fallon, she joined The Roots to give “Havana” a makeover with classroom instruments! Watch it HERE. She also performed and interviewed on Ellen and Good Morning America in addition to appearing on MTV’s TRL, and more.

Right out of the gate, the record has garnered widespread critical acclaim.  Stereogum called the album, “crisp and focused, engineered for world domination at a time when the sound of pop has become decidedly thin and ephemeral,” while NME praised its “edgier moments” and gave it 4-out-of-5 stars. In another 4-out-of-5 star review, The Times London wrote, “an unlikely cross between Mariah Carey and Joni Mitchell, and it is rather lovely.”

A powerful, passionate, and personal journey for the singer, Camila represents a major milestone. She describes it as “the soundtrack to the past year of my life,” inviting listeners closer than ever before.

As Camila dominates worldwide, it’s clear she’s officially the queen of pop in 2018!