CAMERON DALLAS RELEASES DEBUT SINGLE “WHY HAVEN’T I MET YOU?” 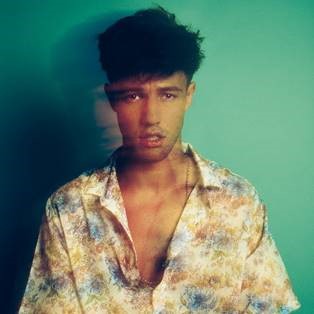 Musician, entrepeneur and influencer Cameron Dallas has released his debut single “Why Haven’t I Met You?” today via Columbia Records. Listen to the track HERE.

Cameron has also unveiled the track’s official music video. Directed by Liam Macrae, the video follows Cameron on a getaway in Mexico City that takes a turn. Watch the video HERE.

To celebrate the release of “Why Haven’t I Met You?” Cameron spent the week hosting intimate listening sessions for fans across the U.S. that RSVP’d through www.iamcamerondallas.com. Fans were treated to an exclusive sneak peek at the single’s music video along with a preview of forthcoming songs from Cameron.

Cameron is currently at work on his debut full-length for Columbia Records.

Musician, entrepreneur and influencer Cameron Dallas catapulted into fame quickly with viral vine videos that have since won over the hearts of millions across the globe. More than just a “digital celebrity,” Cameron has a fan base of nearly 50 million followers across 5 different social media platforms. His global appeal continues to be showcased as he travels the world for fashion campaigns with brands such as Dolce and Gabbana, Calvin Klein, and Carolina Herrera. In 2017, Cameron was named to Forbes’ 30 under 30 list and also received the People’s Choice Award for Favorite Social Media Star. He is currently at work on his debut album for Columbia Records.