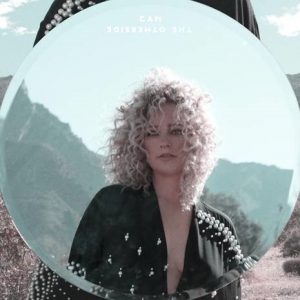 October 23, 2020 (Toronto, ON) – Ahead of the release of her highly anticipated sophomore album, The Otherside, Grammy® award-nominated artist Cam shares a brand new song, “Forgetting You,” today via Triple Tigers/RCA Records. “Forgetting You” is available now HERE.

“Forgetting You” was co-written with Lori McKenna (Carrie Underwood, Miranda Lambert, Little Big Town), Mitchell Rowland (Harry Styles) and Tyler Johnson (Harry Styles, Sam Smith) and produced by Johnson and Jeff Bhasker (Kanye West, Bruno Mars). Fronted by Cam’s soulful vocals, the song depicts a heart wrenching story about being unable to move on from someone you used to love.

“At the end of the day, in the stillness of the hotel room, thoughts of that person from your past sneak in,” says Cam. “The one you thought you were over. You torture yourself, measuring the real people in your life against the idea of them.”

Today, Cam also released a special live performance video of “Forgetting You,” filmed at the Ryman Auditorium back in August during her livestream concert. Watch it HERE.

Last week, Cam announced a very special album release livestream show to celebrate the arrival of The Otherside on the day of its release (October 30th) at the world famous Bluebird Cafe at 7 PM CST. The show will be an intimate first telling of the stories and music behind The Otherside. Expect to dig deep while you laugh, cry, and feel all the emotions in between as you go on this journey with Cam to The Otherside. Tickets for the show are available now HERE.

To date, Cam has shared five songs from The Otherside which have received critical acclaim from the likes of The New York Times, Rolling Stone, Billboard, NPR, PASTE and E! who declared Cam “the Country Queen.” “Forgetting You” was preceded by the bouncy and bright “Classic,” the stunning, heartfelt “Redwood Tree,” the sensual, epic love song “Till There’s Nothing Left,” and the bold and empowering, “Diane.” The Otherside is available for pre-order now HERE.

ABOUT CAM
In 2015, Cam took the world of country music by storm with her critically acclaimed full-length debut, Untamed. The record not only bowed in the Top 15 of the Billboard Top 200 and registered at #2 on the Top Country Albums Chart, but it also yielded her double-platinum GRAMMY®, CMA and ACM-nominated smash single, “Burning House,” which remains the bestselling country song by a female solo artist since its release in 2015. Since then, Cam has continued to thrive as both a songwriter and musician. She lent her writing voice to Miley Cyrus’ 2015 album, Bangerz, and co-wrote “Palace” with Sam Smith for his 2017 album, The Thrill of It All (the song also became the soundtrack for an exquisite Apple commercial). She broke boundaries with her bold and empowering 2017 lead single, “Diane,” and further showcased her range when she teamed up with Diplo for the genre-bending Thomas Wesley 2019 debut single, “So Long.”  She has consistently sold-out shows across the globe, cementing her status as an international powerhouse on stage. She performed alongside Sam Smith for 4 sold-out shows at the O2 Arena in London and joined him on his 2018 North American tour, opened for Harry Styles at the legendary Ryman Auditorium in Nashville, delivered standout festivals sets including the coveted sunset slot at Stagecoach in 2019, headlined top venues across Europe and Australia, and performed a “game-changing” (Rolling Stone) debut-headline gig at The Ryman Auditorium. By taking risks and standing up for herself, Cam has continued to hustle and pave her own way. Following the releases of “Till There’s Nothing Left,” “Redwood Tree” and “Classic,” Cam is gearing up for the release of her highly anticipated sophomore album, The Otherside, coming October 30th via RCA Records.