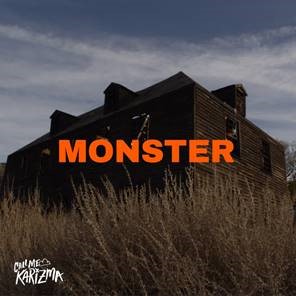 (January 25, 2019 – New York, NY) – Today, alternative artist Call Me Karizma reveals “Monster” with accompanying music video, shot by award-winning director Jensen Noen (Normani, Khalid). “Monster” is the latest single off his forthcoming EP, The Gloomy Tapes Vol. 2 out this spring. The cinematic video sees Karizma struggling as a test subject in a crooked government-issued experiment. The video is a representation of those who are alienated from the rest of the world for their own uniqueness.

“The story is about a person (or artist) whose creative vision separated him from the regular lives of ordinary people. It’s about sacrificing your materialistic life for something bigger, leaving a legacy behind. About letting your visions live and letting go of everything you have on the inside, rather than just thinking about yourself,” say director Jensen Noen.

“I want the ‘Monster’ video to give hope to anyone feeling picked apart by the world. You are not alone,” says Karizma.

“Monster” follows the success of the debut track off The Gloomy Tapes Vol. 2 titled “Serotonin,” which landed in the top 20 on Spotify’s New Music Friday and Apple Music’s Best of the Week, top 5 on Spotify playlists The Scene and New Noise and #1 on Breaking Pop on Apple Music in the U.S. upon release.

Revealing his touring plans for 2019, Karizma will hit 15+ cities on a headline spring tour, kicking off March 7 at Globe Hall in Denver, CO and ending March 29 at Chop Shop in Chicago, IL including a Vancouver date on March 11th. Check out the full itinerary below.

With his razor-sharp wordplay and pure melodic instincts, Karizma transforms his pain into music that’s confrontational but reassuring, catchy but cathartic. Through the years, that dynamic has drawn an exceptionally devoted following, one that’s come to rely on his uncompromising honesty. “If I’ve got an issue, I write it out in a song,” says the 23-year-old artist. “I’m going to be straight-up in my lyrics – I wouldn’t have the fanbase that I have without being totally honest, and I wouldn’t ever sacrifice that.”

The Gloomy Tapes backs his visceral lyricism with a more expansive post-pop sound. Karizma collaborated with successful co-producers like David Pramik (X Ambassadors, LANY) and Robbie Soukiasyan (XXXTentacion) on the EP series. Sonically rooted in both hip-hop and punk, The Gloomy Tapes ultimately bears a powerful vitality that makes each lyric all the more impactful.

Karizma started writing his deeply personal songs at age 12, and later paid his way through college touring. During his sophomore year, he had a major break when Mod Sun invited Riz to join him on a 35-date run also featuring Blackbear. In 2016, Karizma made his full-length debut with Uninvited, which reached the Top 10 on the iTunes Alternative chart in the U.S. The album includes “F U TILL I F U” – a track that has amassed over 10 million streams on Spotify, entirely on the strength of its undeniable hook and blunt storytelling. To date, he has toured the U.S. four times, including a 24-city national headlining run in fall 2017. 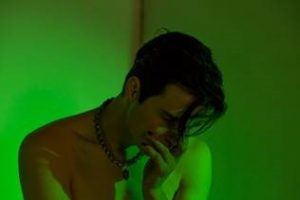