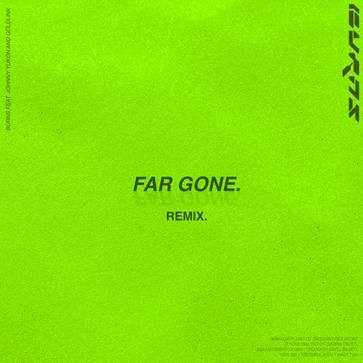 The Stafford, UK-born and -raised and Los Angeles-based artist has quietly become an influential force in pop. His production work encompasses “Midas Touch” for Ellie Goulding, Pitbull’s “All the Things” [feat. Inna] with Calvin Harris, and the RIAA Gold-certified “Make Me…” [feat. G-Eazy] for Britney Spears in addition to 2017 releases for Hailee Steinfeld and many more. An in-demand remixer, he’s left his mark on official remixes for Lana Del Rey, Charli XCX, Iggy Azalea, and Rihanna. Simultaneously, he hosted explosive residencies in Las Vegas, Atlantic City, and Atlanta in addition to igniting stages at Lollapalooza, Made In America, Stereosonic Festival, Tomorrowland, and beyond. Influenced by everything from childhood heroes Daft Punk to A$AP Rocky and Lil Yachty, he veers between electronic expanse, hip-hop energy, and pop power with ease on his first solo album and single “Far Gone” (feat. Johnny Yukon) for RCA Records.

About GoldLink
After years of buzzing in the underground circuit following the release of his first two mixtapes (2014’s The God Complex and 2015’s And After That We Didn’t Talk) DMV-raised rapper GoldLink cemented himself in rap’s master class in 2017 with the breakout success of his Gold-certified single “Crew” and critical acclaim for his RCA debut At What Cost. Bolstered further by its Gucci Mane-featuring remix, “Crew” has become a serious contender for 2017’s song of the summer, with Pitchfork calling it “a straight-up stunning rap song” and Stereogum calling it “one of the most perfect rap songs that anyone has released in 2017” just this week. Additionally, GoldLink was tapped by RCA labelmate Khalid for the official remix of his track “Let’s Go.” This spring saw GoldLink co-headline a tour with Swedish pop stalwarts Little Dragon before he heads out on his own 33-city headlining tour this fall.

Singer, songwriter, and producer Johnny Yukon finds the nexus between 21st century R&B production, clever pop palatability, and cinematic lyricism. Born and raised in Warrington, PA and based in Los Angeles, the 21-year-old’s sound might be best described as Chris Martin crooning over a smoked-out collaboration by Noah “40” Shebib and Metro Boomin—yet there’s a lot more to it. Writing, producing, and performing, his vision remains personal from inception. In 2016, he began receiving acclaim from tastemakers such as Pigeons & Planes, while generating a buzz on Soundcloud. “Malibu Feels” amassed over 471K plays in under a year, and “Paper” racked up 303K plays. This year, in between penning four new tracks for The Fate of the Furious soundtrack, featuring artists including Young Thug, Jeremih, Lil Wayne, Ty Dolla $ign, Lil Yachty, and 2 Chainz, and writing for everybody from Jeremih and Wiz Khalifa to Lil Wayne and J Balvin, Johnny is beginning to properly introduce listeners to his own sound with his two latest releases, “Snooze” and “Roll Up.” Johnny’s latest singles also follow his work on Eyes Closed” with G-Eazy and his previous track, the Frank Dukes (Drake, Post Malone, J Cole, The Weeknd) produced “Laptop.” 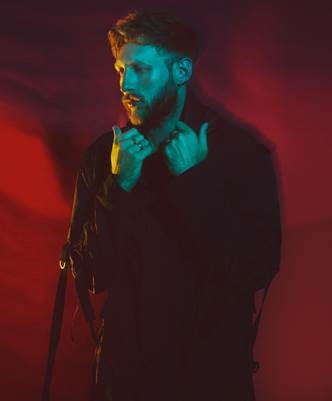