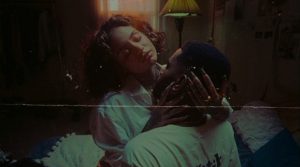 “A N N I V E R S A R Y is positioned as a return to form, the proper follow-up to a terrific debut that fans have been longing for…Tiller seems fully revitalized.” – Billboard

”Always Forever” included on The New York Times – “The Playlist”

About Bryson Tiller:
Bryson Tiller has captivated fans since his inception with the success of his 2015 debut album, T R A P S O U L.  Following up in 2017 with his sophomore album, True To Self, which clinched the #1 spot on the Billboard 200 chart, Tiller staked his claim as one of the young greats in R&B/Hip-Hop.

True to Self, now RIAA certified Gold, was the artist’s first #1 debut in the US, also claiming the top spots on the Top R&B/Hip Hop Albums, R&B Albums and Digital Albums. The album has been streamed over 1.6 billion times worldwide to date. Tiller’s debut album T R A P S O U L also reached significant milestones, including RIAA 3x Platinum certification with over 5.8 billion streams in the U.S.  Album tracks “Don’t” and “Exchange” are certified 4x Platinum, “Sorry Not Sorry” and “Overtime” are certified Platinum and “Rambo” is certified Gold by the RIAA. Among his many accomplishments, Tiller was nominated for a GRAMMY (Best R&B Song for “Exchange”), won two BET Awards for Best New Artist, Best Male R&B/Pop Artist and has sold-out 2 consecutive tours, the “T R A P S O U L Tour”  and “Set It Off Tour.”