SETS RECORD AS THE LONGEST AND MOST SUCCESSFUL

KICKING OFF A NEW ERA OF HITS 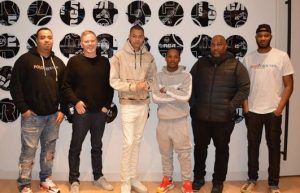 [New York, NY – March 29, 2019] Bryan Leach’s Polo Grounds Music (PGM) extends it partnership with RCA Records, it was announced today. The partnership, now in its 13th year, is the longest and most successful joint venture across all music genres in RCA’s history. In the new deal, PGM will be releasing projects between RCA and The Orchard.

Since its inception in 2006, Leach’s Polo Grounds Music has received unparalleled success and worldwide recognition with a roster that includes critically acclaimed, multi-platinum selling artists like Grammy nominated A$AP Rocky, A$AP Ferg and Latin Grammy Award winner Pitbull. The New York based record-breaking imprint boasts streaming numbers of nearly 40 billion (and counting) and sales well over 92 million singles and 16 million albums worldwide (inclusive of TEAs).” The releases over the years have included twelve multi-platinum singles and two #1 Billboard 200 albums from A$AP Rocky, four multi-platinum singles from A$AP Ferg including the 3x platinum single “Plain Jane,” two #1 singles and over 60 million single sales from global superstar Pitbull, as well as the gold single “5 Star Chick” from Yo Gotti and the multi-platinum single “A Bay Bay” from Hurricane Chris.

Ushering a new era of hits for the label are PGM’s latest signees Calboy and Jay Gwuapo. Calboy’s “Envy Me” has been streamed over 125 million times since its August 2018 release.  The track peaked #15 on the Billboard Hot Rap Songs chart and #41 on the Billboard Hot 100, while the Chicago native logged in at #7 on the their Emerging Artists chart and highlighted as the “Chart Breaker” for the month of February. Calboy is set to embark on Kodak Black’s “The Dying To Live” tour this month and will release his new EP, Wildboy in April. Eighteen-year-old Brooklyn native Jay Gwuapo’s breakout track “Downbad” has over 5 million streams and video views worldwide, and he recently released a new track, “Lifestyle” which received praise from Hot New Hip Hop, HipHopDX and more. Jay Gwuapo will release his debut EP in April as well. There will also be multiple releases from A$AP Worldwide this year.

Leach’s career spans nearly three decades, formerly spearheading the urban roster for independent label TVT Records. Under Leach’s direction as Vice President of A&R, the label held Billboard’s #1 indie title for 5 years in a row as he went on to discover and develop some of the most influential artists in Hip-Hop  including Lil Jon & The East Side Boyz, the Ying Yang Twins and Pitbull selling over 10 million albums. Leach also held the position of Senior Vice President Urban for RCA Music Group from 2006-2014, in addition to serving as President of his Polo Grounds Music imprint. Throughout his illustrious career, Leach has been featured in Crain’s 40 Under 40, Billboard’s Urban Power List and more.

Leach comments on his historic partnership:

“I’ve enjoyed working with RCA & their talented executive team breaking iconic artist like Pitbull, Yo Gotti, A$AP Rocky & Ferg and now Calboy who is an incredible creator. Our A&R team is aggressively finding and signing new talent like Jay Gwuapo that will make these next few years more exciting than the first 13!”

“We have enjoyed 13 tremendous years of partnership with Bryan and Polo Grounds. Bryan is an expert in creating an organic groundswell for young, emerging talent and propelling them to the next level. He has been and continues to be a powerful force in hip-hop music and culture. RCA is looking forward to amplifying that success and welcomes the next generation of artists, Calboy and Jay Gwuapo, in what will be an exciting year for both burgeoning acts.” 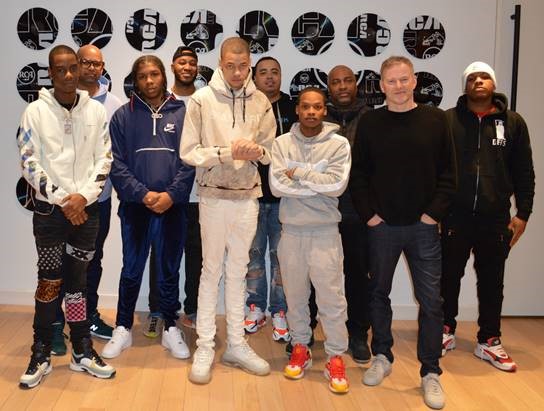