BRUCE SPRINGSTEEN RELEASES LETTER TO YOU – A CELEBRATION OF LIFELONG FRIENDSHIP, LIVE MUSIC AND THE E STREET BAND – TODAY ON COLUMBIA RECORDS

BRUCE SPRINGSTEEN RELEASES LETTER TO YOU – A CELEBRATION OF LIFELONG FRIENDSHIP, LIVE MUSIC AND THE E STREET BAND – TODAY ON COLUMBIA RECORDS 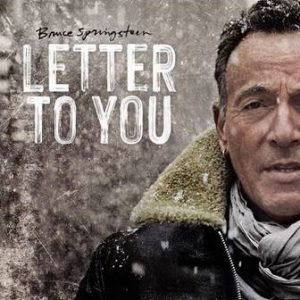 Letter To You also arrives with a feature-length accompanying documentary titled Bruce Springsteen’s Letter To You, which is out now exclusively through Apple TV+. The film, directed by Thom Zimny, features full performances from the E Street Band, in-studio footage and never-before-seen archival material. Throughout the documentary, Springsteen provides a deeper look into Letter To You, sharing the thoughts and feelings behind the record and putting the new music into the context of his entire body of work. 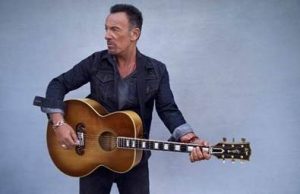 LETTER TO YOU QUOTES

“Letter to You sounds live enough to make you feel a little guilty listening to it…possibly the rawest album they’ve ever made.” – Rolling Stone

“Mining rich veins of nostalgia, gratitude, and hope…Letter to You feels like yet another piece of art that was crafted for just this moment.” – Entertainment Weekly

“Fresh and vital…love and camaraderie fill Letter To You…made to raise the spirit.” – USA Today

“A mighty roar that will make old fans smile…reminiscing about the warmth and companionship a lifetime in music has brought.” – Associated Press

“Letter To You is one of the finest achievements of Bruce Springsteen’s career…an absolute triumph…one for the ages.” – AV Club

“Fans can’t afford to miss…a testament to the power of communion.” – Indiewire

“One of the Boss’s best yet…an album that makes you feel good to be alive.” – The Times

“The Bruce record his disciples have been yearning for; a return to E Street, where even with so much sadness in the world, things feel that little bit better” – MOJO

“Buy this album and play it loud. For an hour your home will be full of warmth, and decency, and people” – Mail on Sunday