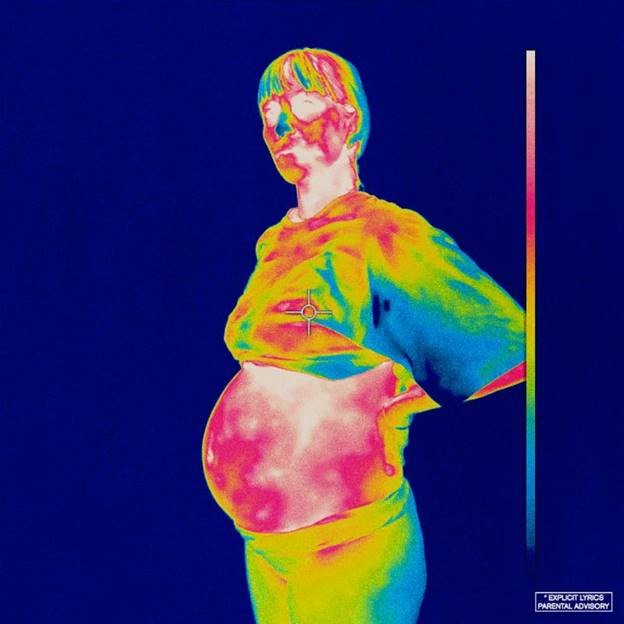 [New York, NY – September 14, 2018] On the heels of sharing the trailer for their new documentary “The Longest Summer In America,” BROCKHAMPTON is announcing their new album IRIDESCENCE will be released September 21st via Question Everything/RCA Records. They also shared the album cover and track list for their major label debut. With the release of the back cover of the album, the group teased that IRIDESCENCE is the first album from a trilogy called the best years of our lives. The new album arrives after the group returns home from an expansive European tour, with Australian and North American tours still on the way.

The hardest working boyband in show business also recently announced their new documentary, “The Longest Summer In America,” directed by Dude Heifetz. The film gives fans an in-depth look and unparalleled access into BROCKHAMPTON’s busy summer as they wrapped up their European tour and spent time at legendary recording studio Abbey Road to make the album. The documentary will be premiered in LA on September 17th at the Arclight Sunset Theater, followed by additional screenings across the country, with a number of screenings in Europe and New Zealand taking place on September 20th and a screening in Sydney, Australia on September 27th. All screenings in the US are being presented in collaboration with YouTube, as a part of BROCKHAMPTON’s Artist on the Rise campaign.

The new run of North American tour dates follows a wildly-successful tour run that saw BROCKHAMPTON play a string of 5-star reviewed, sold-out European tour dates including back-to-back London shows and two highlight sets at Reading and Leeds Festivals. In Reading, the group was brought on stage to close N.E.R.D’s set, with Pharrell shouting out his “little brothers” after a wild performance of “Lemon.” The group is also embarking on a slew of sold-out dates in Australia and New Zealand, including performances at all four cities participating in Australia’s Listen Out Festival.

Watch the trailer for “The Longest Summer In America” above, see below for full album details, tour routing and stay tuned for more from BROCKHAMPTON coming soon. 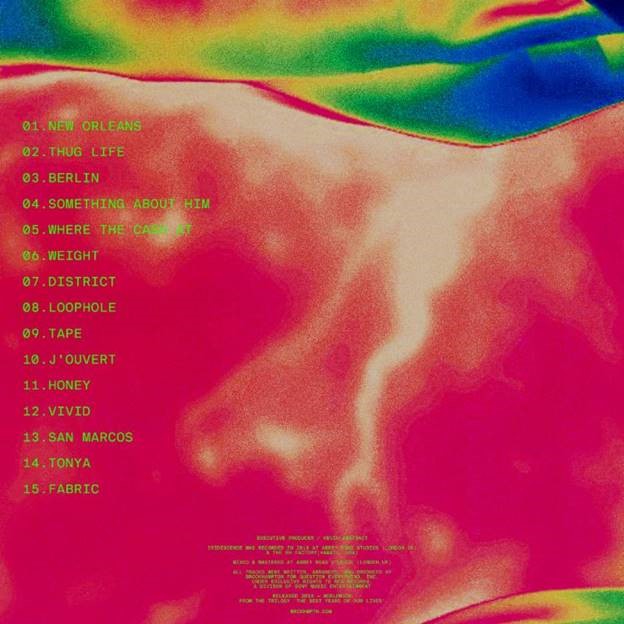 “The Longest Summer in America” Documentary 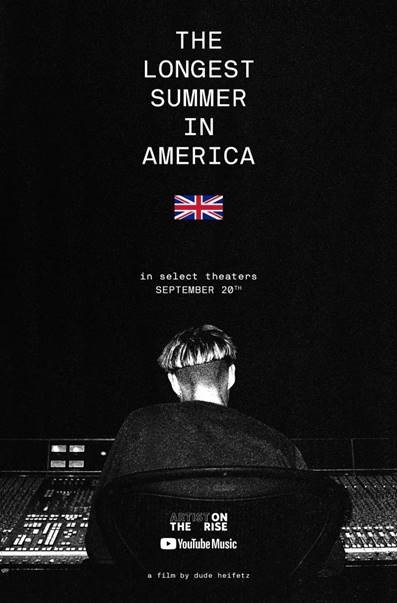 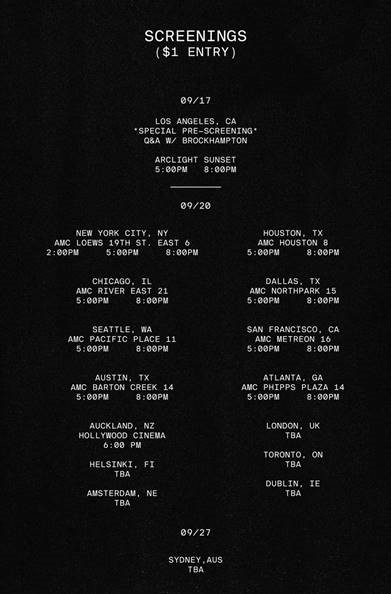