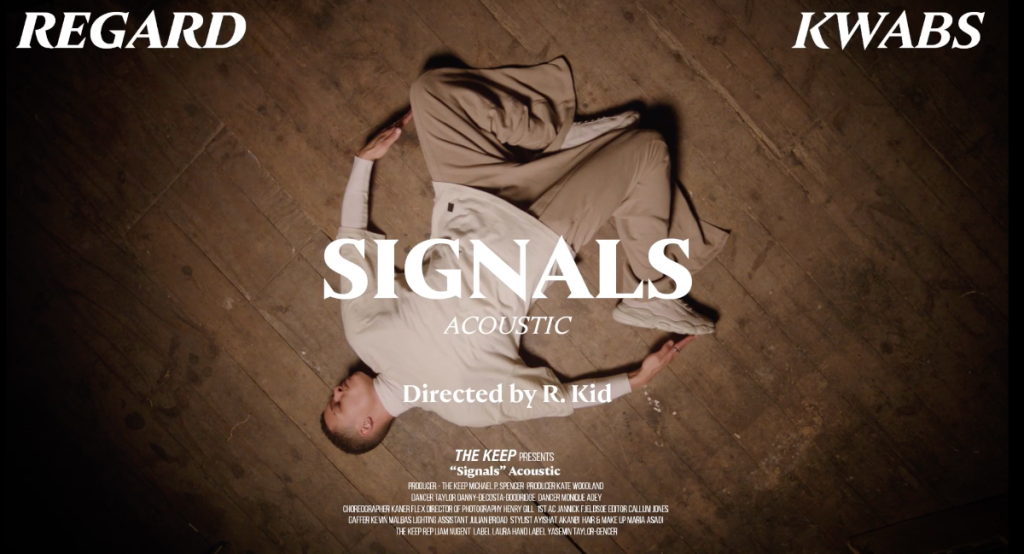 TORONTO, ON – November 26, 2021 – Continuing the success of Signals and its official music video release earlier this month, the BRIT nominated DJ and producer, Regard, and singer-songwriter, Kwabs, have today shared the acoustic version alongside a stunning new video.

Directed by R. Kid, the music video demonstrates stunning cinematography that cuts between a powerful contemporary dance sequence performed by two dancers, and profile shots of Kwabs as he sings the new acoustic version.

The release of Signals has been widely celebrated as Kwabs highly anticipated return. Upon release, BBC Radio 1’s Clara Amfo selected the single as her ‘Hottest Record In The World,’ as well as receiving airplay on BBC Radio 1’s Party Anthems and Dance Anthems, Kiss FM playlist and Capital’s Dance playlists. The single has now amassed 4.5 million streams in three weeks with the official music video gaining further traction by charting at #5 in Vevo’s New Artist Music Videos in the UK. Furthermore, Regard has also recently wrapped up his first US tour where he performed at festivals, nightclubs, and music venues across the country.

About RegardRegard garnered global attention with his debut single, Ride It, in 2019, which became an international hit, taking the internet and TikTok by storm, and quickly followed it up with his second BRIT award nominated hit single, Secrets, featuring South London singer RAYE. He has gone on to achieve over 10x Top 10 single chart placements globally, and in the UK, Ride It has sold over 1 million records to date (2x Platinum), while Secrets was recently certified Platinum. Regard has amassed 2.2 billion combined streams and 9 million worldwide sales.

About KwabsLondon based singer songwriter, Kwabs, caught the attention of Atlantic Records after his covers on YouTube went viral, gathering hundreds of thousands of views. Within three years, he was signed by the label and released his first studio album Love + War in 2015. His single, Walk, became an international hit, achieving platinum status in Germany and peaking at number 1 on the German music charts, as well as charting in other European countries. 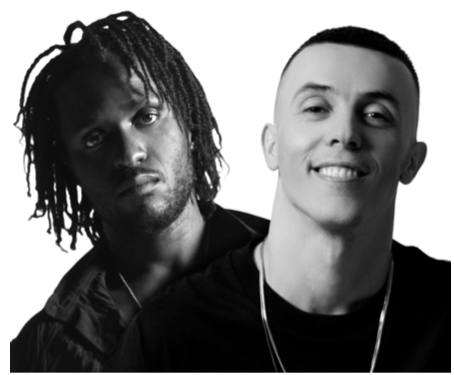